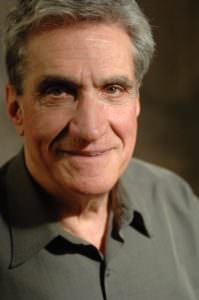 Ezra Laderman came out of retirement to work at Yale in 1988. The composer then spent more than a quarter-century at the School of Music, serving six years as dean. He retired from Yale in 2014 and died in 2015.

But his influence continues. Saturday brings a world premiere of his last completed work, Voices, which is based on Dante’s Inferno and will include a libretto by former United States poet laureate to the Library of Congress Robert Pinsky.

The free event will be at 7:30 p.m. at Morse Recital Hall in Sprague Hall on College Street. “I’m glad to learn that the program will include the words of the libretto,” said Pinsky. “I think that will be helpful, as people listen to Ezra’s splendid composition.”

Pinsky, who worked closely with Ezra Laderman on the piece, published (in 1995) his own translation of the 14th-century poet Dante’s odyssey through hell, called The Inferno of Dante. ...