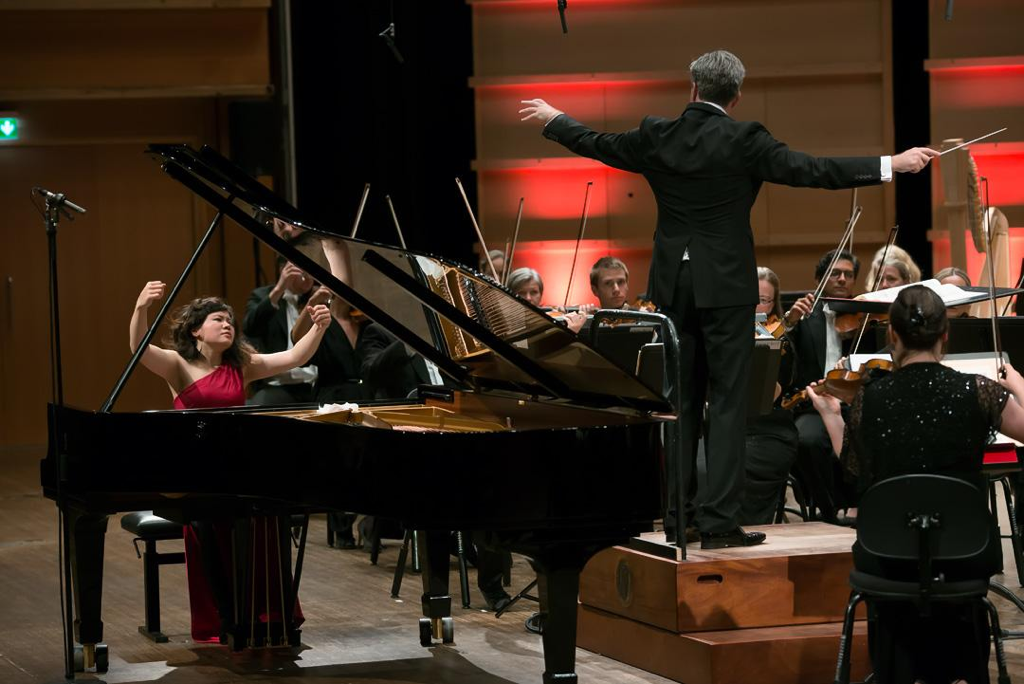 Pianist Zhenni Li ’14AD recently won Second Prize and took home the Orchestra's Prize and a cash award at the 2016 Edvard Grieg International Piano Competition, in Bergen, Norway. The Orchestra's Prize is awarded by members of the Bergen Philharmonic Orchestra, with which Li performed Beethoven's Piano Concerto No. 4, Op. 58, during the final round of the competition in September.

The biennial competition, now in its 15th year, requires participants to perform solo and chamber music by Edvard Grieg and other composers, offering the ascendant pianists an opportunity to perform Grieg's works in his hometown. "It turned out to be the most wonderful experience one can imagine," Li said of performing two of Grieg's songs in the semifinal round of the competition. "The first few rounds were held next to his house and facing his hut, where he composed. Very inspiring."

Li has performed throughout the United States, Europe, and China in such notable concert venues as Alice Tully Hall at Lincoln Center for the Performing Arts and the Metropolitan Museum of Art in New York, Théâtre de Vevey in Switzerland, and the National Concert Hall in Tianjin, China. Her recent engagements have included performances of Beethoven's Piano Concerto No. 2, Op. 19, and Rachmaninoff's Piano Concerto No. 3, Op. 30, with the McGill Symphony Orchestra under the direction of Alexis Hauser, and an appearance as a guest artist at the New York Philharmonic Symposium with conductor Valery Gergiev. Li has won top prizes at numerous competitions including the Concours Musical de France, the International Russian Music Piano Competition, the Kosciusko Foundation's Chopin Piano Competition, the Heida Hermanns International Piano Competition, and the MTNA National Piano Competition.

A native of China, Li earned Bachelor of Music and Master of Music degrees from The Juilliard School, where she studied with Seymour Lipkin and Joseph Kalichstein, and a prestigious Artist Diploma from the Yale School of Music, where she studied with Peter Frankl. She currently serves as a faculty pianist and chamber music coach in the undergraduate division at McGill University's Schulich School of Music in Montreal, where she's completing the doctoral program under Dr. Stéphane Lemelin.