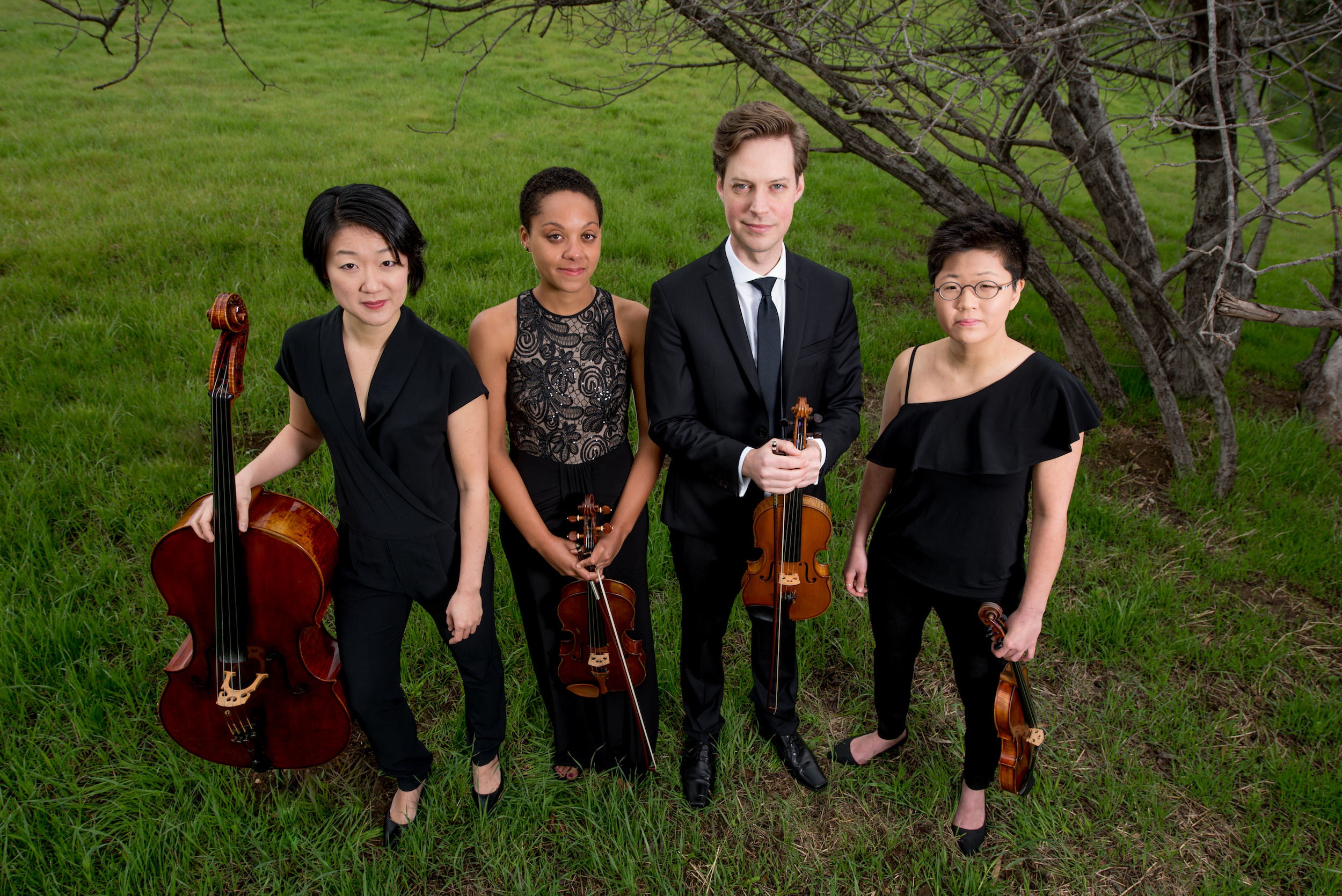 The Argus Quartet, YSM's fellowship quartet-in-residence, has been named the first place winner in the Senior Strings division of the University of Michigan's M-Prize Chamber Arts Competition. In addition to a cash prize of $20,000, the quartet will return to the University of Michigan School of Music, Theatre & Dance for a residency during the 2017-18 academic year.

Now in its second year, the M-Prize seeks "to identify and showcase the highest caliber of international chamber arts ensembles," according to the competition's website. In addition to distributing more than $200,000 of cash prizes (an increase from last year) the M-Prize provides competition winners with platforms for professional development and performance opportunities.

This year, 29 applicants were selected to compete as semifinalists for the grand prize in Michigan. The ensembles, which are made up of 112 artists from seven countries, were selected from an pool of more than 100 ensembles representing 41 countries. In addition to increased prize coffers, this year's competition featured an interview round during which each of the senior division winners (strings, winds, and other) were asked to advocate on behalf of their ensemble's repertoire and program plan.

Having been praised by the Calgary Herald for its “supreme melodic control and total authority,” the Argus Quartet is quickly gaining a reputation as one of today’s most dynamic and versatile young ensembles. Recent and upcoming performances include appearances at Carnegie Hall’s Weill Recital Hall and Zankel Hall, Roulette, the Albany Symphony’s American Music Festival, Bang on a Can at the Noguchi Museum, the Hear Now Music Festival, Providence College, James Madison University’s Contemporary Music Festival, Princeton University, Rockport Music's Shalin Liu Performance Center, and the Muziekgebouw aan ‘t IJ in Amsterdam. The Argus Quartet has commissioned works by Donald Crockett, composer and Grammy Award nominee Eric Guinivan, 2014 Hermitage Prize winner Thomas Kotcheff, and Guggenheim Fellowship recipient Juri Seo. The quartet has received grants from Chamber Music America and the Caramoor Center for Music and the Arts in support of its commissioning efforts.

In the fall of 2017, the Argus Quartet will begin an appointment as the Graduate Quartet in Residence at the Juilliard School, where they will work closely with the Juilliard String Quartet. The Argus Quartet is scheduled to make its Lincoln Center for the Performing Arts recital debut in May of 2018 with an appearance at Alice Tully Hall.