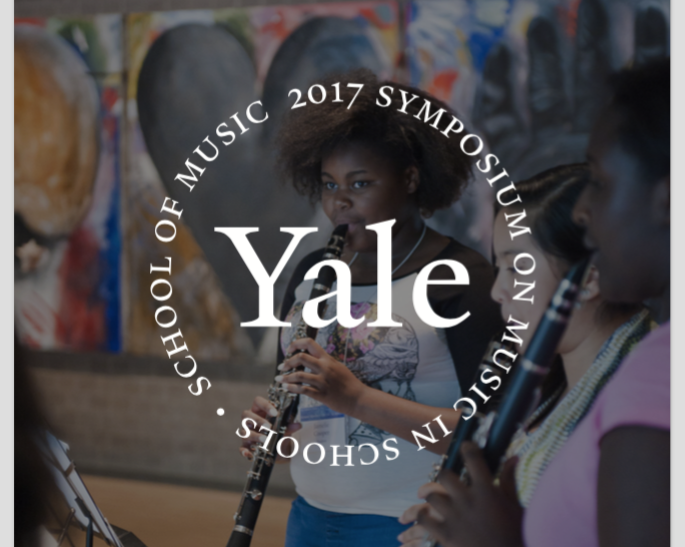 The Yale School of Music is pleased to announce the recipients of the 2017 Yale Distinguished Music Educator Awards. Ten awardees, who represent city school districts across the United States, will be honored at the sixth Symposium on Music in Schools, which takes place June 15-17 on the Yale University campus.

The recipients were identified and nominated in partnership with the National Association for Music Education and the VH1 Save the Music Foundation. They were selected in recognition of their innovative approaches to music education, their dedication to the urban communities in which they teach, and their unwavering desire to make a substantive difference in the lives of students and families.

“The Yale School of Music is continuing its tradition of recognizing exceptional music teachers working in schools across the United States,” YSM Associate Dean Michael Yaffe said. “This year, we’re focusing specifically on the leadership of educators in city schools whose work is made more critical by a growing disparity in opportunities for music-making in America’s cities.”

The biennial Symposium on Music in Schools provides a national forum for the discussion of the role that music and music-teaching plays in community development. The 2017 Symposium, which will focus on the role that music-making plays in America's city schools, will mark 10 years since the Music in Schools Initiative was launched with an endowment from the Yale College Class of 1957. 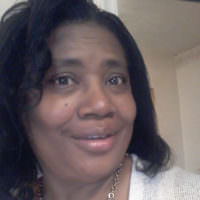 Alandra Abrams, 27 years of service
Music Technology, General Music, Choir, and Dance
Alandra Abrams has been teaching for more than 30 years. She has been the music-technology teacher at Tilden Middle School, in Philadelphia, for 22 years. She holds a bachelor of arts degree in music education from Temple University, a master of arts degree (summa cum laude) in education, curriculum, and technology from Grand Canyon University, and credits in computer technology from the University of the Arts. She has received awards from the International Society of Poets and the Met-Life Foundation, was a winner of the Futures Without Violence’s Respect! Challenge, and been honored by the Give A Note Foundation. Abrams has seven children, 33 grand-children, and four great-grand-children. 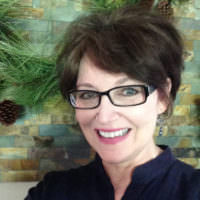 Rita Black, 13 years of service
General Music and Choir
Rita Black teaches music in Nashville, where she is a school leader, mentors pre-service teachers, directs theater and choir, and presents workshops for educators. She holds a bachelor of music education from the University of Central Oklahoma and is a member of the National Association for Music Education and the American Orff-Schulwerk Association, having served as a committee co-chair in 2014. She is an advisor for music curricula and serves as a peer reviewer for the Tennessee Fine Arts Growth Measures System. Black was a 2016 Teaching Fellow at Tennessee’s State Collaborative on Reforming Education, where she focused on education-policy issues and was named a Music Teacher of Excellence by the Nashville Public Education Foundation and the Country Music Association Foundation. 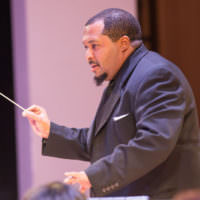 Adam Brooks
Band
Adam Brooks is the heart and soul of the band program at North Atlanta High School. As the 2012-2013 Teacher of the Year, his passion for teaching is as clear as his passion for music. A horn player by trade, Brooks earned a bachelor of arts degree in music education from Bethune-Cookman University, in Daytona Beach, Florida. He earned his master of music degree in conducting from Reinhardt University, in Georgia, and is pursuing a doctor of music degree in conducting. In 2009, Brooks conducted the orchestra for Grammy-nominated rap artist Rick Ross and the Grammy-nominated production team J.U.S.T.I.C.E. League for Ross’ 2010 Teflon Don album. 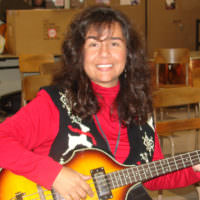 Monique Brusca, 25 years of service
String Orchestra, Concert Band, Modern Band, Beginning Winds, Beginning Strings, Drum Line, Jazz Band, and World Drumming
Monique Brusca received her bachelor of arts in music education and music performance from UCLA. She is in her 25th year at Columbus Middle School in the Los Angeles Unified School District and is the lead teacher at Columbus Middle School’s Conservatory of Music. Brusca has received numerous grants, including those from the VH1 Save the Music Foundation and the Mr. Holland’s Opus Foundation. Brusca was recently named one of the Los Angeles Unified School District’s Teachers of the Year and was selected as a semifinalist for the Los Angeles County Teachers of the Year awards. 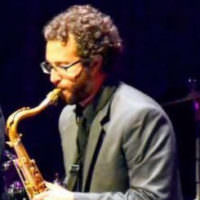 Nathan Cohen, 9 years of service
Band and String Orchestra
Nathan Cohen is a graduate of the Berklee College of Music and the Mason Gross School of the Arts at Rutgers University. He has taught in both international and public-school settings for the past nine years. He has been at his current position, teaching middle-school band and orchestra in Trenton, New Jersey, for the past six years. Cohen is a jazz saxophone player who also performs professionally on flute and clarinet. He is excited to be part of the Yale School of Music’s 2017 Symposium on Music in Schools. 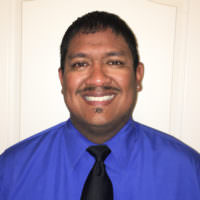 Aldie Lopez-Rios, 11 years of service
Band and General Music
Aldie Lopez-Rios currently works at the Ed & Verma Pastor Elementary School in the Roosevelt School District in Phoenix, Arizona. He has worked there for nine years as the general music and band teacher. The band program currently boasts more than 180 students in grades five through eight. Lopez-Rios is a graduate of the Las Vegas Academy of Performing and Visual Arts (2000), received his bachelor’s degree in music education from the University of Nevada, Reno (2005), and earned his master’s degree in education administration from Grand Canyon University (2016). 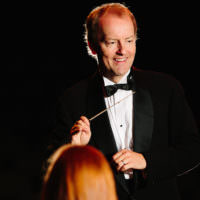 Jeff Midkiff, 20 years of service
Orchestra
Jeff Midkiff is in his 10th year as an orchestra director in the Roanoke City Public Schools, in Virginia. Previously, Midkiff taught in Fairfax County, Virginia, and Collier County, Florida, and conducted youth orchestras in McHenry County, Illinois, and Prince William County, Virginia. Midkiff received his bachelor of arts degree in music education from Virginia Tech, and his master of music degree in clarinet performance from Northern Illinois University. Midkiff’s mandolin concerto, From the Blue Ridge, was performed in March 2017 by the Boulder Philharmonic at the John F. Kennedy Center for the Performing Arts, in Washington, D.C., as part of SHIFT: A Festival of American Orchestras. 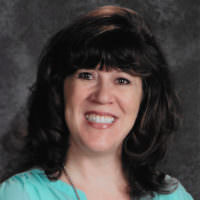 Corina Miller, 28 years of service
Vocal and Classroom Music (Pre-K–Eighth Grade) and Choir (Middle School)
Corina Miller has been teaching vocal and classroom music in the urban school setting for 28 years. She spent her first two years teaching at a preschool in Dallas, Texas. Since then, she has been teaching music at the Richard R. Green Central Park School, which is part of the Minneapolis Public Schools system, in Minnesota. She earned a bachelor of science degree in vocal music from Minnesota State University Moorhead, a master’s degree in education from St. Mary’s University of Minnesota, her Kodály certification from the University of North Texas, and her Orff certification from the University of St. Thomas, in St. Paul, Minnesota. 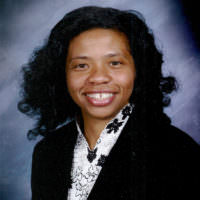 Robin J. Paige, 23 years of service
Choral and General Music
Robin Paige is a native of Atlanta, Georgia. She earned her bachelor of arts degree from Spelman College in 1991. While she was a student at Spelman, Paige was elected to membership in Pi Kappa Lambda, received the United Negro College Fund’s Michael Jackson Scholarship, and graduated cum laude. She received her master of arts degree from New York University in 1994. Paige is a member of the Sigma Alpha Iota Music Fraternity for Women, Inc. and the Baltimore Musicians of Root Excellence, an affiliate of the National Association of Negro Musicians, Inc. She is married to John Paige and has a son, John. 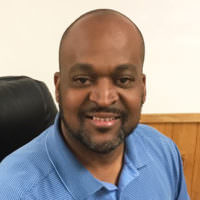 Larry Ward, 32 years of service
Band
Larry Ward received his bachelor of music degree from Sam Houston State University, in Huntsville, Texas, and currently serves as director of bands at Whittier Elementary School, in Houston. He was previously the manager of music programs and before that a band teacher at Project GRAD Houston’s Fine Arts Program. As music manager, he organized and coordinated performing groups in which more than 400 students from the Northside (formerly Davis) High School feeder schools participated. Earlier in his career, he was the director of bands at the Madisonville Consolidated Independent School District, in Madisonville, Texas. Ward is also a professional musician who performs regularly as a trombonist and guitarist.