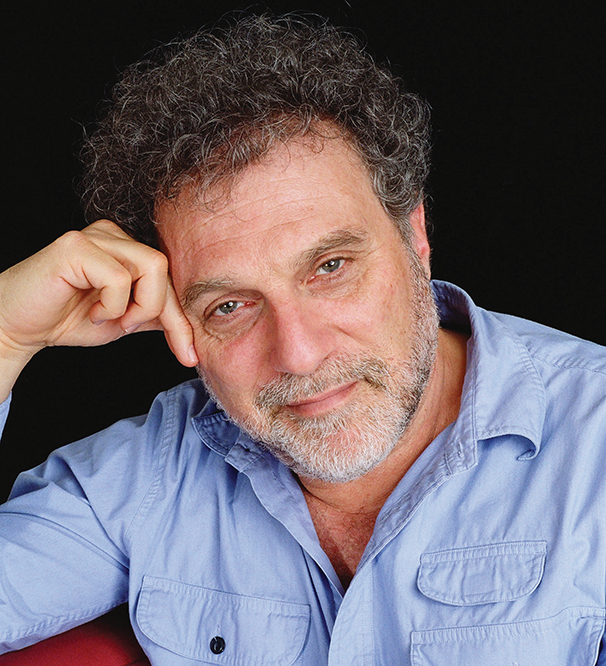 A new oratorio by School of Music faculty composer Martin Bresnick will be premiered at Yale on June 20 as part of the International Festival of Arts & Ideas, which commissioned the piece. The oratorio, Whitman, Melville, Dickinson -- Passions of Bloom, will be performed again on June 21 at the Yale Summer School of Music/Norfolk Chamber Music Festival.

The oratorio, which celebrates the work of its namesakes -- Walt Whitman, Herman Melville, Emily Dickinson, and distinguished literary critic Harold Bloom, the Sterling Professor of the Humanities and English at Yale -- will be performed by the Yale Choral Artists and members of the Yale Philharmonia. Vocal soloists include YSM faculty tenor James Taylor, who'll sing Bloom's words. The oratorio is modeled on Bach's St. John Passion. Bresnick assembled the libretto using poems by Whitman, Melville, and Dickinson and excerpts from Bloom's The Daemon Knows: Literary Greatness and the American Sublime.

Talking about the poetry of the 19th century writers he's celebrating, Bresnick said, "These particular works have been part of my mental universe since I was a young student. Still others I only recently got more closely acquainted with." He's been familiar with Bloom's work for many years. In the mid-1980s, Bresnick composed music for the PBS series Voices & Visions, which, through interviews with such experts as Bloom, explored the lives of American poets. At that moment, Bresnick said, he felt that Bloom, who earned his Ph.D. from Yale in 1956, had established himself as a kind of Marlon Brando of critics, inasmuch as the "degree of passion and devotion he brought to his explanations" was "almost poetic." It was while working on For the Sexes: The Gates of Paradise, based on the William Blake poem, that Bresnick got to know Bloom and appreciate the shared "commonalities in our origins and points of departure." In incorporating excerpts from The Daemon Knows into his oratorio, Bresnick had permission from Bloom to use "anything I wanted." Modeling the oratorio on Bach's St. John Passion was a logical step considering that Bloom's voice in the piece is not unlike that of the Evangelist -- the narrator -- in Bach's passions. And Taylor, Bresnick pointed out, is a "well-known Evangelist in the world of the two Bach passions."

In addition to Taylor, Bresnick said, "I needed some very special singers." Enter the Yale Choral Artists. "Several of the soloists for this performance also happen to be YSM alumni, from both the Institute of Sacred Music's voice program and from Yale Opera, including two former students of Jimmy's -- Paul Tipton and Sherezade Panthaki," YCA founding director and YSM professor of choral conducting, Jeffrey Douma, said. School of Music alumni who'll be performing include mezzo-soprano Katherine Maroney '06MM, soprano Megan Chartrand '13MM, soprano Sarah Yanovitch '15MM, tenor Colin Britt '10MM, tenor Gene Stenger '15MM, and tenor Steven Soph '12MM. Bass-baritone Tipton '10MM will sing Melville's words, while Maroney and soprano Panthaki '11AD will sing text by Dickinson. Additional vocal soloists include tenor Brian Giebler, who'll sing words by Whitman, bass Glenn Miller, who'll sing the words of Captain Ahab, from Melville's Moby-Dick, and baritone Thomas McCargar, who'll sing the words of Melville's Ishmael. "During his composition process," Douma said, "Martin often showed me excerpts of the solo writing he was developing, and would describe the kinds of voices he was hearing. This helped me choose singers from within the ranks of the Choral Artists best suited to each role."

Bresnick's oratorio, Douma said, "references not only Bach but also Brahms and other composers. People who know the St. John Passion will hear distinct echoes of its opening chorus ("Herr, unser Herrscher") in Martin's opening chorus ("Shine! Shine! Shine!"). For me as conductor, knowing that Bach was a starting point for Martin has influenced my thinking about the melodic writing in the piece and its relationship to the text. Martin may not be quoting Bach, but his careful attention to the natural rise and fall of the language and his singularly expressive way of emphasizing particular words reminds me very much of Bach's use of melody, especially in the extended recitatives we hear in his passions. It has reinforced how important it will be for the audience to connect with the language in a very direct way." Of the literary works that inspired the oratorio, Douma said, "I love all three of the writers who inhabit this piece, but I will admit that my understanding of each of them -- especially Melville -- has been enriched greatly by the process of preparing this music."

Originally, Bresnick said, he conceived a piece that would celebrate Bloom's writings on Whitman. "I found that that wasn't congenial for me," he said. "That wasn't enough." The piece "needed more contrast." Bloom, Bresnick said, is "very shy about the fact that this whole thing, in some ways, is about him."

Whitman, Melville, Dickinson -- Passions of Bloom will receive its world-premiere performance, as part of the International Festival of Arts & Ideas, on Tuesday, June 20, at 8 pm, in Morse Recital Hall at the Yale School of Music. The oratorio will be performed again on Wednesday, June 21, at 7:30 pm, at the Norfolk Chamber Music Festival.