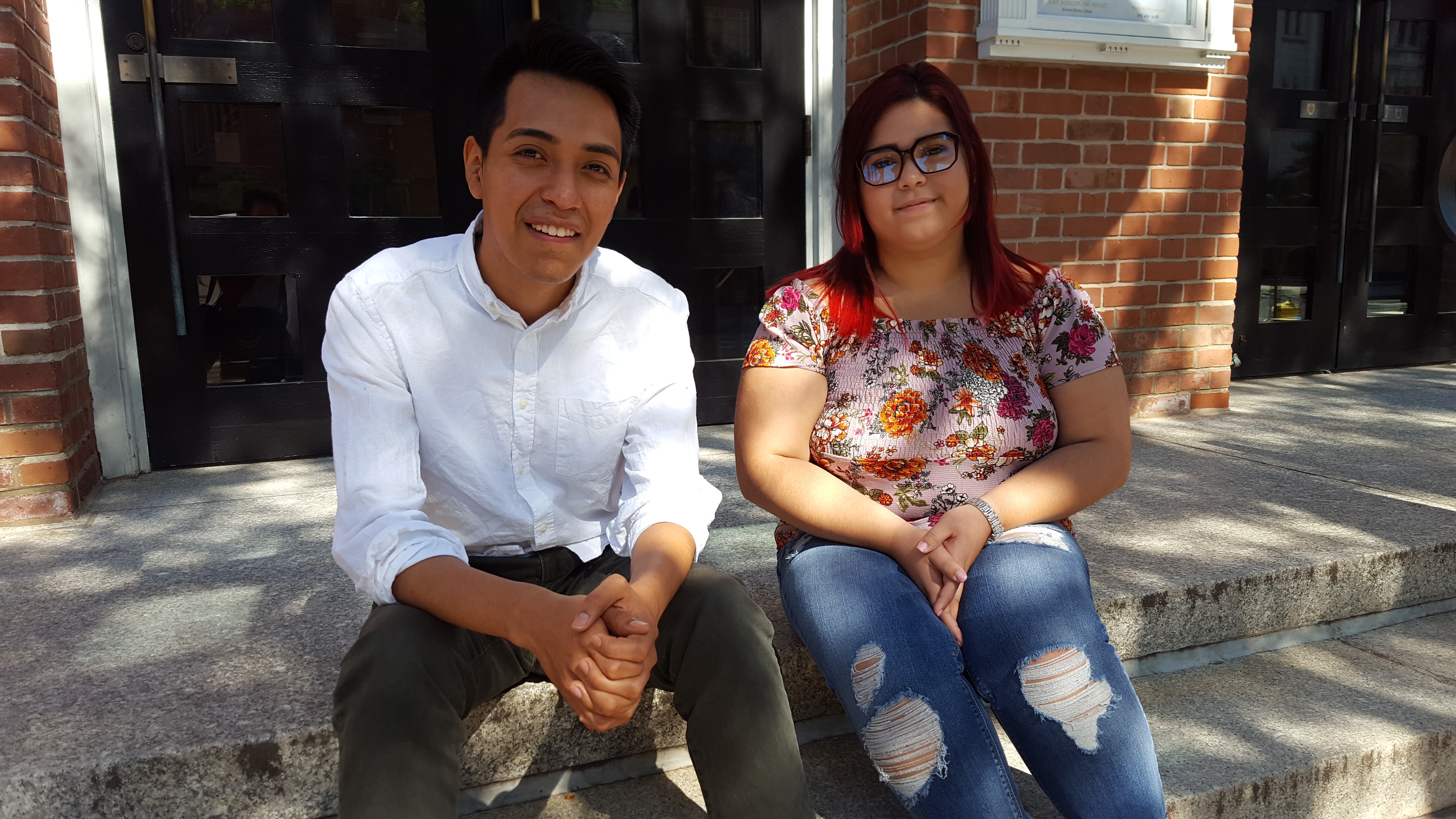 Talking about Jesús Cortés-Sanchez and Jocelyn Hernandez, in the context of YSM's Music in Schools Initiative, Associate Dean Michael Yaffe said, "They represent the reason we're doing this." While Cortés-Sanchez and Hernandez worked as interns in previous years, this was the first summer that they served, alongside YSM students, as Teaching Artists during the month-long Morse Summer Music Academy. They also helped Yaffe's team in June during the School's sixth Symposium on Music in Schools, whose focus was on “how to ensure that every child in every city in America has access to an active music life,” as Yaffe has described it.

Cortés-Sanchez and Hernandez, who are studying music education at the University of Connecticut and Western Connecticut State University, respectively (he's a senior and she's a junior; each is a clarinetist), are "going to be great role models for the next generation," Yaffe said. Cortés-Sanchez and Hernandez have spent half their lives in and around the Music in Schools Initiative, starting as participants when they were middle-schoolers at John C. Daniels School of International Communication. Their participation continued through their high-school years at New Haven's Cooperative Arts and Humanities High School. Today, they are New Haven Promise scholars and served their internships at YSM through that program.

Reflecting on what music afforded him early in his life, Cortés-Sanchez said, "It kept me busy, and as simple as that sounds, it did a lot for me. The easy thing to do would be to be in the streets." Instead, he said, "I was focused." Working with young people this summer during Morse Academy, he said, "I saw my reflection in a couple of students." He also saw in them the difficulties that many families face getting students to and from Morse Academy activities, as his parents experienced when he participated in the summer program.

Hernandez, too, recognized the hardships that young people and their families endure in our community and elsewhere. This summer, she worked with an Iraqi student who was a bit culturally out of step with his peers. "As a teacher," Hernandez said, "I will not always have kids who will know what it's like to live here. "Be friends with him," she told other Morse Academy students. "Don't make him feel like an outsider."

Several years ago, when Hernandez lost her drive to study and play music and entertained the idea of becoming a lawyer, her music teachers helped her find the musical inspiration she'd lost. It was at that point that she decided to pursue a degree and a career in music education. "It's about inspiring kids to be the best that they can be," she said. "Music is a universal language, and that's what I want to help teach." Cortés-Sanchez decided during his senior year of high school to become a music educator -- to influence young people's lives the way his teaches had an impact on his.

"Music is the way that these two young people found themselves, found their voices," Yaffe said.