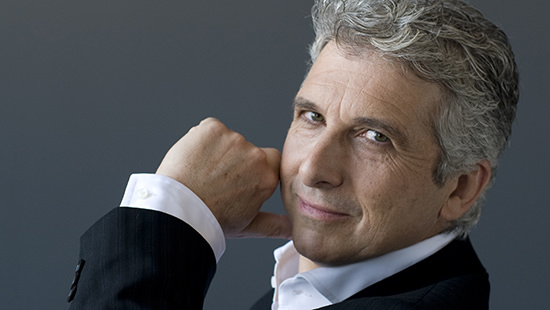 On Friday, September 15, the Yale Philharmonia will perform Stravinsky's revolutionary Rite of Spring, which was written for the Ballets Russes and whose 1913 premiere in Paris sparked protests. We spoke to principal conductor Peter Oundjian about the piece, its place in history, and what the audience can expect to experience.

Q: How have stories and reports of the audience’s reaction to the premiere of The Rite of Spring framed the work’s place in the repertoire? And what should today’s audiences understand and take away from that reaction?

A: The “riot” which occurred is one of the reasons the piece achieved such prominence. If anything, it had more to do with Vaslav Nijinsky’s choreography than the music, as far as we can tell. Just imagine this first audience witnessing dancers stomping their feet for long durations, strange costumes … it was just bizarre! Stravinsky was unhappy about it; however, the events of that night stimulated him to promote the piece and make sure its excellence was appreciated.

Q: In what ways, musically, does The Rite of Spring represent a watershed moment in music history?

A: The piece is the antithesis of 300 years of development of Western art music. Everything that had come before was relatively uniform. Style and musical forms had been created. What Stravinsky did with this symphonic arch was annihilated by his new concepts. We should also remember that Czech composer Leoš Janáček’s music was radical, as well, and he was Stravinsky’s contemporary. The Rite of Spring was completely fresh and new. Harmonically, is it polytonal … it was all quite dissonant. Rhythmically, it was quite a departure from the musical norms of the day.

Q: What are your reasons for programming The Rite of Spring as part of the Yale Philharmonia’s season? In what ways and to what degree is the piece a unique teaching tool?

A: I am sure some of our students have played it before. It is, after all, one of the most important pieces in the repertoire. It is not only for the students in the orchestra, but also for our audience, who are bound to be curious to hear and witness a live performance of such a masterpiece.

Q: How do you approach the work each time you conduct the piece?

A: I think I approach it as though the pagan ritual were occurring before my eyes, and the sacrificial virgin is about to dance herself to death. It’s a new girl each time.

Q: What if anything is lost (or gained) by performing The Rite of Spring as a concert work as opposed to a fully produced ballet?

A: There is not a performance of this piece that is not ballet, in some aspects. If you come, you’ll see some sense of spectacle. The omission of the visual aspect allows people to focus on the inventiveness of the music and the power and drama behind it.

Q: Besides the obvious, what can audiences experience through a live performance of the piece that they can’t by listening to a recording?

A: To see all these musicians playing off the beat of the conductor, from an audience perspective, it’s alarming to see this being reproduced in front of your eyes. It is an extraordinary experience!

The September 15 Yale Philharmonia program includes Stravinsky's Rite of Spring, as well as Mozart's Symphony No. 40, Vaughan Williams' Fantasia on a Theme by Thomas Tallis, and Tallis' “Why Fum'th in Fight,” performed by the Yale Voxtet.