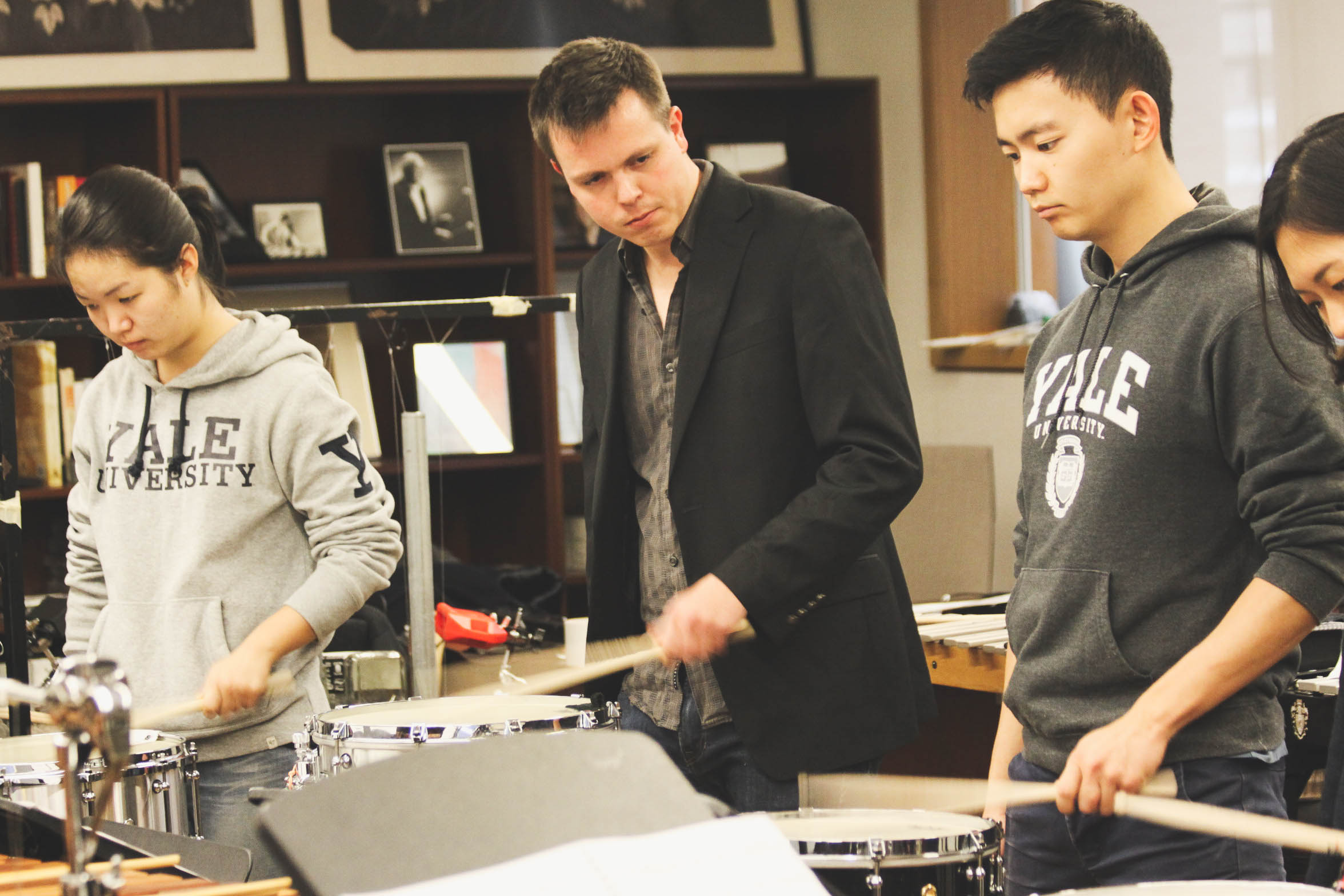 In early November, six members of the Yale Percussion Group arranged themselves in a line and rehearsed a snare-drum piece by current DMA candidate Matt Keown, who guided his colleagues, measure by measure, through the rudimental-style drumming that he grew up with. “My first instrument was a drum pad,” Keown '16MM said, explaining that he followed his father, Alan Keown, into the practice of percussion -- specifically, marching percussion, a world that for most is far-removed from the styles and techniques that Matt and his colleagues are studying with YPG Director Robert van Sice at YSM.

In composing Mélange, so named because it commemorates his time at YSM, Keown said, “I was really worried about it,” because “there’s still this stigma that marching percussion is 'less than' art music.” Keown also said he “had to be really careful about how difficult to make it,” given that his colleagues didn't grow up with the style. While “it’s technically really challenging," he said, "if they didn’t like it, they wouldn’t work on it.” In addition to the music in Mélange, there is a theatrical element, based on the visual aspects of drum-corps performances.

If Keown was worried about his colleagues warming to his piece, van Sice was not. "They’re all over it,” the YPG director said.

On Sunday, Nov. 12, van Sice will lead the YPG in a program that's rich in music by YSM alumni -- including percussionist Leonardo Gorosito ’11MM ’12AD and composer Andy Akiho ’11MM -- in addition to works by Philippe Manoury and Alejandro Viñao.

The program begins with Seeds, a piece by Gorosito and Rafael Alberto for various shakers that'll be played by Keown and Yale College student Adrian Lin, whom van Sice called the "adopted younger brother of the YPG." The first half also includes Akiho's Pillar IV, which van Sice described as "groove music," Manoury's Le livre des claviers (II. Duo de marimbas), and Keown's Mélange. The second half of the program features Viñao's Water.

During rehearsals for the performance, van Sice talked about the approach he's taken, over the past 20 years, in developing artists who think, always, like the most musically selfless of chamber-music practitioners. Playing chamber music, van Sice has said, is like "group parachuting."

“Music and the art of playing music is something that is larger than we are,” he said, explaining, proudly, that the members of the YPG "know how to musically interact with other people." And while that might seem like a no-brainer, it's not necessarily the case elsewhere. Flowery talk is common in chamber-music circles, van Sice said, “but we really do try to walk that walk.”

The professionalism on display during YPG rehearsals is its own reward. As much as he gives them direction, van Sice said, "they inspire me back. They’re an inspiring group to work with.” 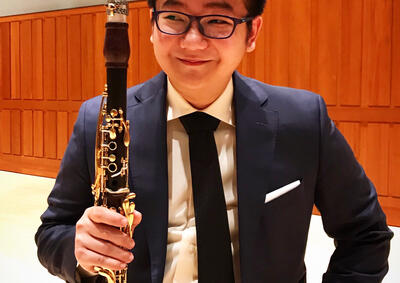