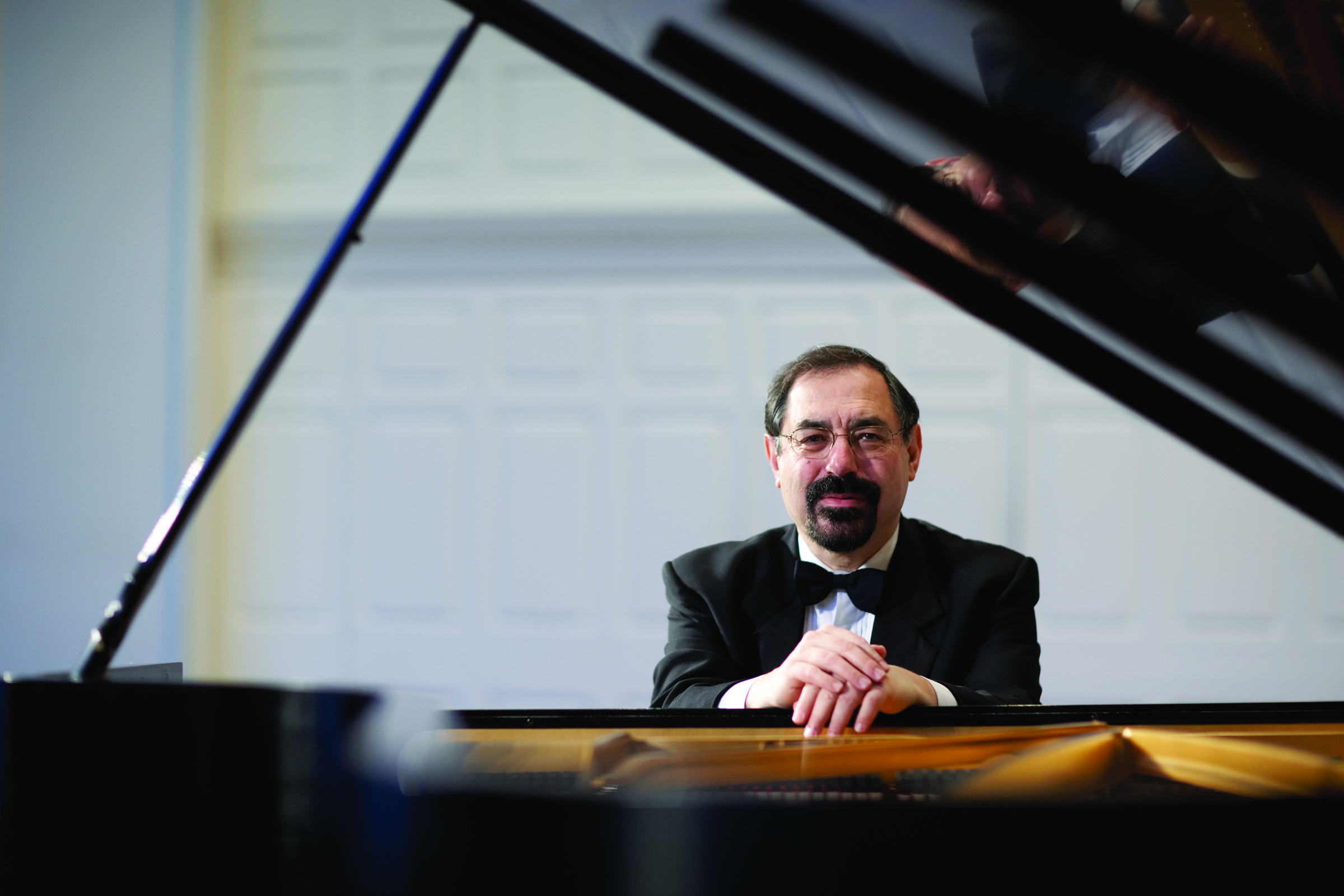 On Wednesday, April 4, several former students of faculty pianist and Horowitz Piano Series Artistic Director Boris Berman will perform a concert that celebrates his 70th birthday, which takes place the day before, and the work Berman has done at YSM since joining the School's faculty in 1984.

"We have so many wonderful alums among the graduates of the piano department," Berman said. The challenge in putting this concert together was identifying which alumni would perform. He decided to build a program around recent graduates who have had success at international competitions.

Berman asked each pianist to propose several pieces of repertoire, then "tried to make a varied program of different styles." The program will feature works by Schubert, Mendelssohn, Chopin, Albéniz, Ravel, and Bartók.

While the April 4 program showcases Berman's students, he is quick to celebrate the collaborative nature of YSM's piano department. When pianists arrive at YSM to study, they can expect to cross paths with all piano faculty members. "We have a department in which we truly enjoy being together," Berman said. "Very often, I send my students to play for my colleagues." Two of those colleagues, Wei-Yi Yang and Deputy Dean Melvin Chen, are Berman's former students.

The primary criteria Berman and his piano faculty colleagues use in selecting pianists for admission is artistic individuality. "We are in the position to select people who are both very engaged intellectually and also wonderful artists," he said of the students who enroll at the School of Music. "It is not by accident that every year we have applicants from the best schools." Esther Park enrolled at YSM and joined Berman's studio after earning an undergraduate and graduate degree from The Juilliard School and then studying at the Hochschule für Musik und Theater Hannover. "He respected the background that I came from," she said. "He knew exactly what I needed." Talking with Berman about music, Park said, is "like speaking with Yoda." The piano department at YSM is unique, Park said, because of the faculty members' relationships. When she was working on music by Schubert or Schumann, Berman would encourage Park to play for Peter Frankl. In turn, pianists from other faculty members' studios play certain repertoire — Prokofiev, for example — for Berman. Park takes that approach at East Tennessee State University, where she is an assistant professor of piano.

Kramer, who is an assistant teaching professor at the University of Missouri--Kansas City Conservatory of Music and Dance, also spoke about the collaborative environment at YSM. "We all would play for each other and help disseminate ideas that had come to us through Prof. Berman," Kramer said. "The overall environment at YSM is very intense and expecting the highest caliber of music-making, but at the same time you feel that the fabric of the faculty, students, and administration weaves together to create this wonderful network of support propelling you to achieve your own personal best results. I am honored to have the opportunity to celebrate my school and my professor during this concert." Berman points out that he, in turn, learns plenty from his students. Sometimes a student's performance will remain "a reference for me," he said, explaining that he will find himself "convinced," after hearing a particular interpretation. "It's a fascinating field," he said, "and it is a great privilege to work with so many talented people."

On Wednesday, April 4, alumni who studied with faculty pianist and Horowitz Piano Series Artistic Director Boris Berman return from international successes to perform at the School of Music.