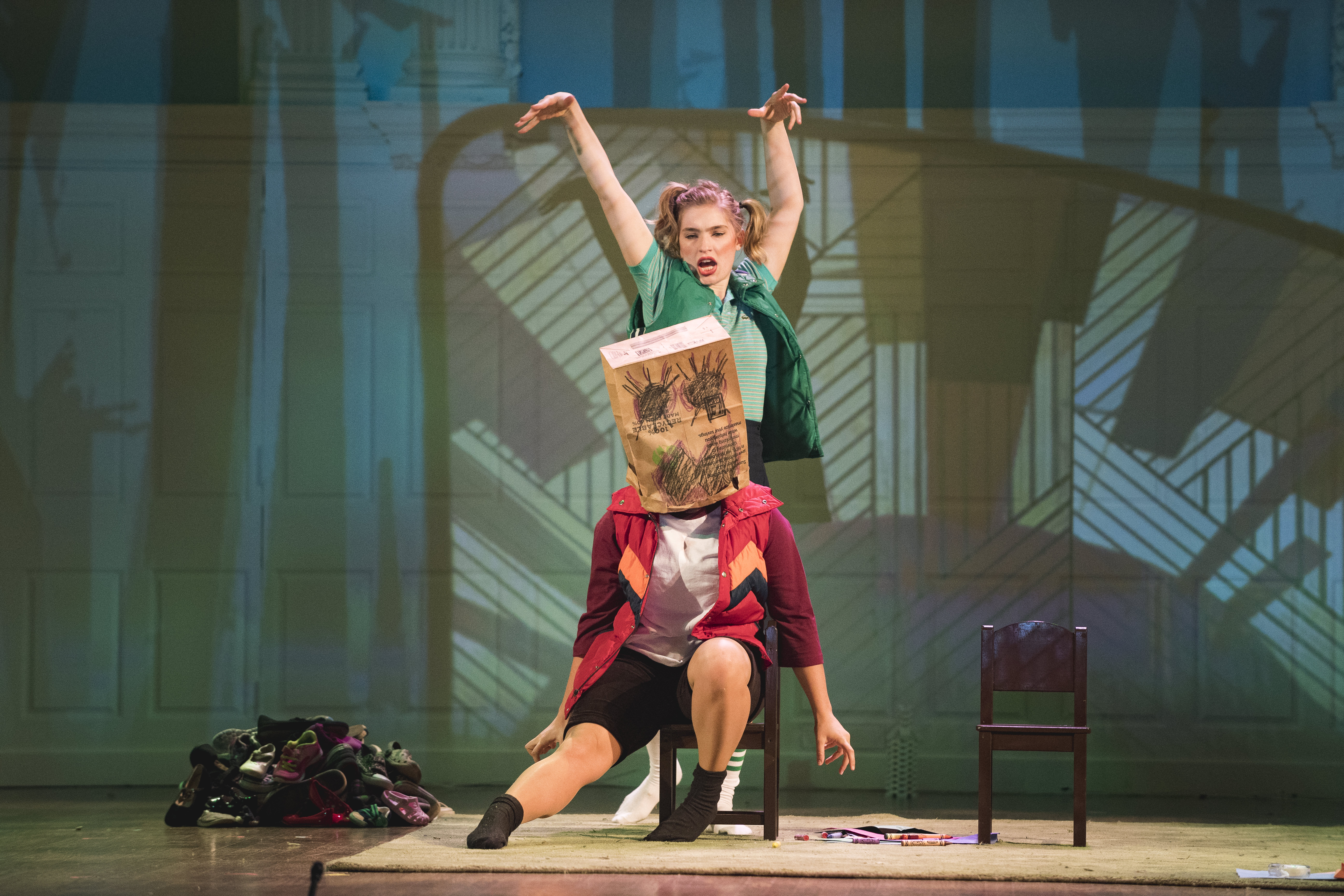 In reimagining Humperdinck's Hansel and Gretel for Yale Opera's spring production, director John Giampietro found inspiration in the technology that consumes us even as we recognize the benefits of being so thoroughly connected. In the libretto, written by the composer's sister, Adelheid Wette, and based on the fairy tale by the Brothers Grimm, Hansel and Gretel are sent into the forest by their mother to pick strawberries, and to give her a break from their rambunctiousness. Learning this upon returning home, the children's father expresses concern about a malevolent witch who lives in the forest, and he and his wife set out to find their children.

Giampietro wanted to ask, by way of the production, "How is this immediate to our world and our experience?" The Brooklyn, New York-based director pointed out that "in our modern-day world, we're sort of lost as a civilization," we're having "our lost-in-the woods moment," consumed by technology and asking ourselves, "What is real?"

In the Yale Opera production, the mother hooks the children up to a virtual realty game in which they enter a forest depicted by projected designs. To find and rescue their children from danger, the parents, too, have to enter a virtual reality and play the game. Like the forest in the story, the internet, Giampietro said, "can be full of wonder. It can be full of magic. It can also be treacherous."

In the Yale Opera production, Hansel and Gretel have to free themselves from the clutches of technology and return to reality. As a society, Giampietro said, "we're losing touch with what is real, which is human-to-human contact." And in that regard, he said, "I think we all have the same fears and experience. I wanted to see how these morality tales or cautionary tales still apply to our world."

The irony of the internet, he pointed out, it is that while it is designed to bring us closer together, what it is really doing is creating gaps between us, leaving us starving for contact and meaningful relationships.

Yale Opera presents a fully staged production of Humperdinck's Hansel and Gretel on May 4&5 in the intimate Morse Recital Hall.