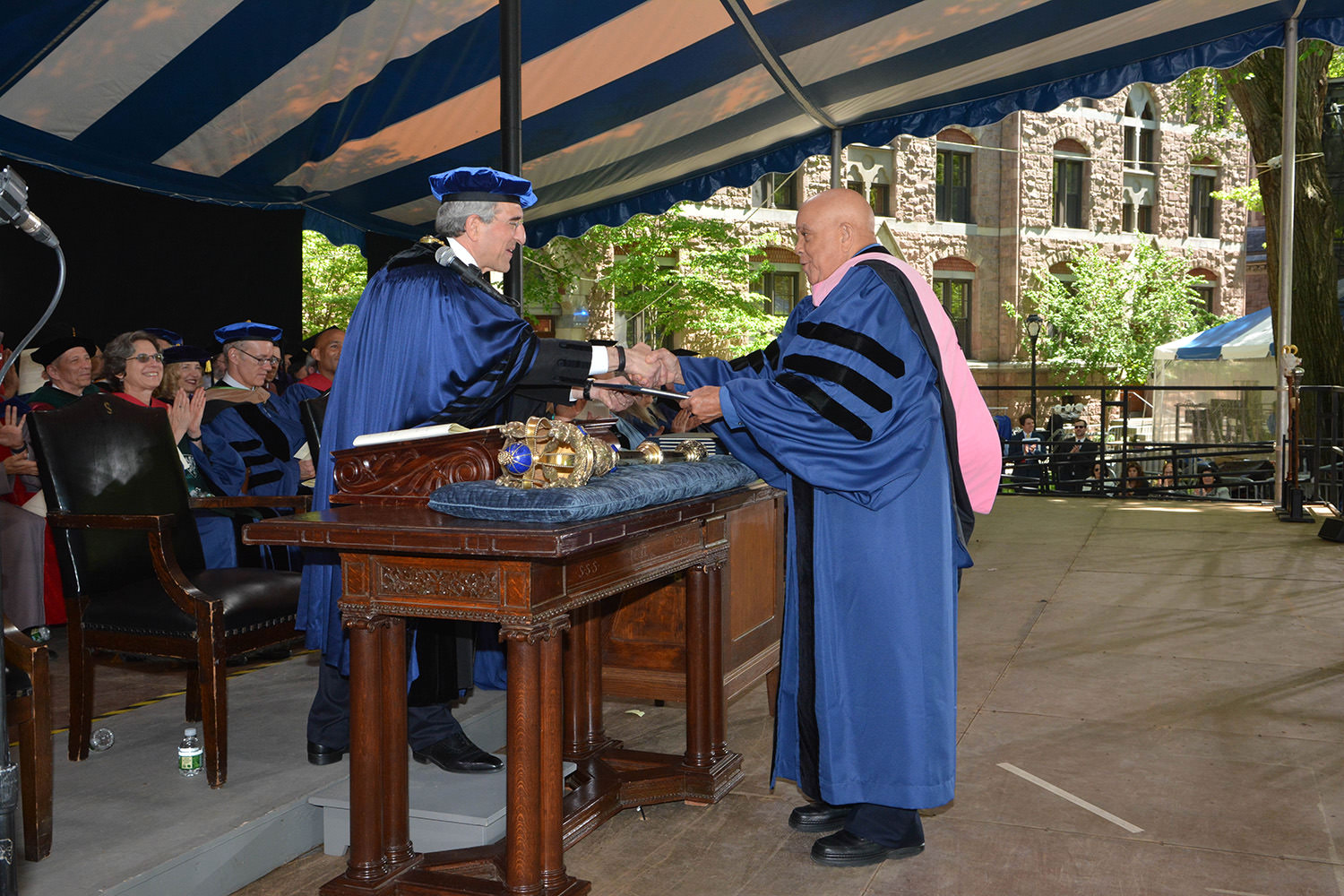 As part of Yale's 317th Commencement, which took place on May 21, the University awarded honorary degrees to "10 individuals who have received distinction in their respective fields." Among the recipients was Willie Ruff '53BM '54MM, who retired in May 2017 having spent 46 years on the School of Music faculty.

Presenting Ruff with an honorary doctor of music degree, University President Peter Salovey said, "You have shared the wonders of music with the world. Introducing new audiences to the transcendent power of jazz; you discovered the echoes of distant times and faraway places in this quintessential American art form. In your 'conservatory without walls,' generations of young people have been inspired by jazz legends. Scholar, storyteller, and musician, in gratitude for your creativity and charisma, we are privileged to present your third Yale degree, Doctor of Music."

The "conservatory without walls" to which Salovey referred is the "'invisible institution' through which African American music has been nurtured and developed over time," explained Lucile Bruce in the Spring 2017 issue of Music at Yale. In 1972, a year after joining the faculty at his alma mater, Ruff brought 40 jazz legends to Yale — among them Duke Ellington, Marian Anderson, Dizzy Gillespie, and Charles Mingus — and launched the Duke Ellington Fellowship and the Ellington Jazz Series.

Throughout his extraordinary career, Ruff has introduced audiences around the world to jazz. With pianist Dwike Mitchell, Ruff — a horn and bass player — brought the art form to the Soviet Union in 1959 and to China in 1981. Ruff's scholarship has yielded remarkable insight into musical connections, and his eagerness to share his experiences and knowledge has enlightened many. His 1991 memoir, A Call to Assembly: The Autobiography of a Musical Storyteller, earned him an ASCAP Deems Taylor Award for Music Writing.

At the School of Music's 2017 Honors Banquet, Ruff was given Yale University's Nathan Hale Award. “He’s changed all our lives,” YSM Dean Robert Blocker said. Ruff came to the Yale School of Music to study with Paul Hindemith — because he had read that Charlie Parker would have done the same. More than half century later, the School and the University continue to recognize and appreciate his remarkable legacy.