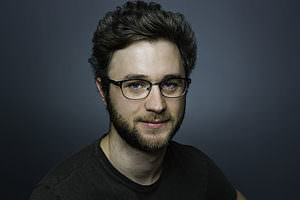 Composer Samuel Adams ’10MM had a new chamber concerto premiered by violinist Karen Gomyo and the Chicago Symphony Orchestra. His Movements (for us and them) will be performed by the Australian Chamber Orchestra on tours of Australia and the United States this summer.

Guitarist Trevor Babb ’12MM ’14MMA was appointed adjunct artist in guitar at Vassar College and will begin that role in the fall.

Composer, pianist, and organist Calvin Bowman ’99MMA ’05DMA was signed to Decca/Universal Music Australia, which will release a recording of his songs called Real and Right and True in July.

Sarah Boxmeyer ’16MM won the position of associate principal/third horn of the Hawaii Symphony Orchestra. Boxmeyer played with the orchestra for much of the 2017-2018 season and will begin her first full season in September.

Conductor John Concklin ’08MM received a one-year appointment as associate professor of conducting at the Blair School of Music at Vanderbilt University.

Kevin Dombrowski ’14MM won the position of second trombonist of the Illinois Symphony Orchestra and will begin playing with the orchestra in October.

Percussionist Timothy Feeney ’01MM ’02MMA ’07DMA was appointed to a full-time faculty position as a percussion artist at the Herb Alpert School of Music at California Institute of the Arts.

Timothy Gocklin ’14MM '15AD was appointed artist-in-residence in oboe at the University of Northern Colorado. 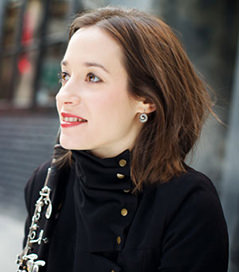 Organist Paul Jacobs ’02MM AD recently joined the Philadelphia Orchestra on its tour of Europe and Israel. Jacobs’ recent solo engagements also include performances with the Chicago Symphony Orchestra and The Cleveland Orchestra.

Violinist Cheuk Yin Luu ’18MM won a position in the first violin section of the Buffalo Philharmonic and will begin playing with the orchestra in September.

Bassoonist Marissa Olegario ’15MM was appointed assistant professor of music at the University of Arizona's Fred Fox School of Music for the 2018-2019 academic year. Olegario will teach bassoon and perform in the Arizona Wind Quintet, a faculty ensemble.

Choral conductor Sarah Paquet ’16MM was appointed assistant director of choral activities and lecturer in music in the Smith College Music Department and will begin in the fall. 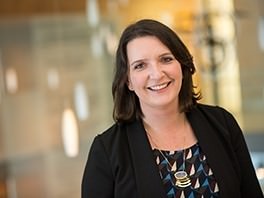 Hornist Kate Sheeran ’04MM was named executive director of the Kaufman Music Center, effective in August 2018. Sheeran previously served as provost and dean at the San Francisco Conservatory of Music.

Pianist Yevgeny Yontov ’14MM ’20DMA was appointed to a one-year assistant professorship as instructor of piano in the College of Musical Arts at Bowling Green State University. Yontov will begin in mid-August and will teach piano and collaborative piano and coach chamber music.