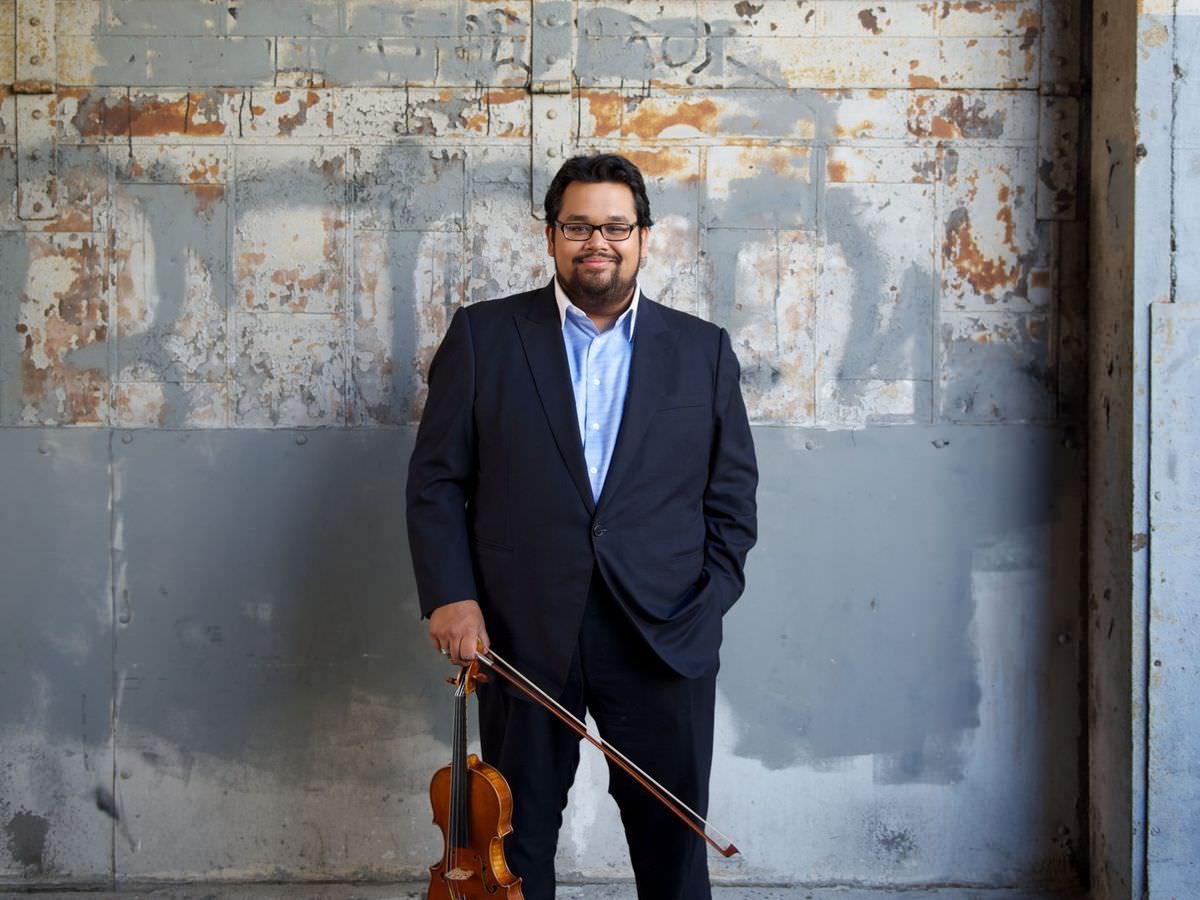 Violinist Vijay Gupta ’07MM was working on Skid Row with Street Symphony when the MacArthur Foundation first tried to contact him in September. Not recognizing the number, he ignored a few calls until he was in his car, on the way to his day job at Walt Disney Concert Hall. “I was pretty dumbfounded,” Gupta said of learning that he had been named a MacArthur Fellow and would receive a Genius Grant for “providing musical enrichment and valuable human connection to the homeless, incarcerated, and other under-resourced communities in Los Angeles,” according to the MacArthur Foundation website.

The Foundation awards “unrestricted fellowships to talented individuals who have shown extraordinary originality and dedication in their creative pursuits and a marked capacity for self-direction.” Gupta, a member of the Los Angeles Philharmonic, founded Street Symphony in 2011. The organization’s mission is to put “social justice at the heart of music making by creating authentic, powerful engagements between professional and emerging artists and communities disenfranchised by homelessness and incarceration in Los Angeles County.”

The MacArthur Fellowship, Gupta said, “means that people have belief in me and belief in the work” he is doing. It is “affirming,” he said, a “vote of confidence.” It is also “pretty daunting” to think about how he will use what the Foundation calls a $625,000 “no-strings-attached award.”

“It’s overwhelming to think about all the possibilities,” Gupta said. The question he is asking himself is, “How do I use this for the deepest, most authentic self-evolution?” After all, “the opportunity to invest in oneself is so rare.”

The Fellowship, at its core, reflects his own belief in what he has been doing. The “validation of trust” that comes with the grant, he said, is forcing him to identify, in a way, who he wants to be through the work that he does, and “to be all that I am.”