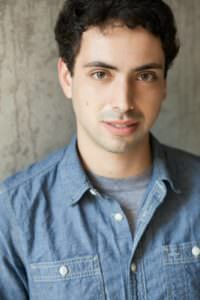 Held in the Glee Club Room in the Adams Center for Musical Arts, this is the third consecutive year that the luncheon was a collaboration between the University's Office of Sustainability and the Yale School of Music. The event was attended by partners in sustainability initiatives across the University and featured speeches by Karen Seto, Yale's Frederick C. Hixon Professor of Geography and Urbanization Science, and Robert Klee '99MES '04JD '05PhD, former commissioner of the Connecticut Department of Energy and Environmental Protection, on Yale's role in mitigating climate change. Nine members of the Yale community received State of Sustainability Awards for their creativity, leadership, and dedication to helping Yale build a stronger, more sustainable world.

READ MORE ABOUT THE HONOREES

"My grandfather would often talk about playing in the wooded areas that surrounded his home as a child," Levin said, explaining the origins of Tree Giant. "I was always struck by the fantastical undertones of his stories, so I would picture imaginary friends that would accompany him in these woods. It saddened me to learn that all those wooden areas had been cut down since his childhood. This piece is a reflection on that childhood innocence and its relation to nature. However, it also reflects on the destruction of those things. In the end, though, I think of this as a positive piece, which focuses on the joyful memories that childhood and natural settings can leave behind. I decided to use the title Tree Giant, since I always imagined a similar creature to accompany my grandfather during one of his childhood adventures."

The Yale Office of Sustainability’s mission is to “advance sustainability within the Yale community by acting as a catalyst for information exchange and facilitating capacity building, innovation, streamlined operations, and preparation of tomorrow’s sustainability leaders,” according to its website.

Part of the outgrowth of that mission is the Yale Sustainability Plan 2025, which “demonstrates [Yale’s] commitment to building a more sustainable world.” As part of its participation in the University’s efforts, YSM crafted a School-wide action plan for enhancing and improving the myriad ways in which music can intersect with sustainability. The School’s plan speaks to the greening of music materials, such as how instrument parts are made, replaced, and recycled; how music is composed, published, and distributed; and other innovations that can reduce YSM’s environmental impact.