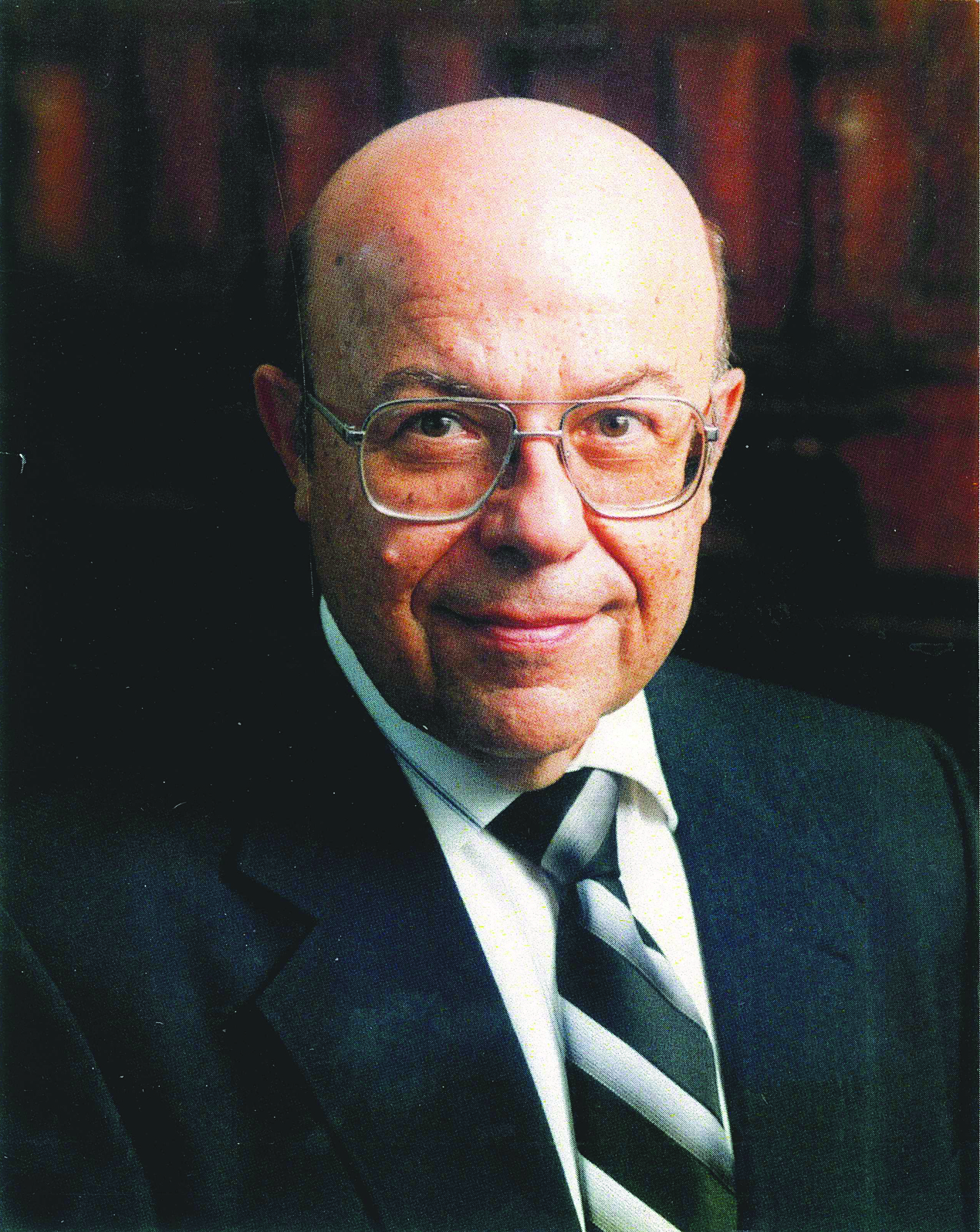 Frank Pascale Tirro, Dean of the Yale School of Music from 1980-1989, passed away after an extended illness on March 28, 2021. Dean Robert Blocker described Frank as “one of the most kind, honest people that I knew at Yale.” Frank will be remembered for his pathbreaking writings on music, education, and racism in America; his landmark contributions to our understanding of the history of jazz; his studies of late Medieval and Renaissance music; and his considerable administrative accomplishments. He was also an ASCAP Award-winning composer and a respected professional clarinetist and saxophone player.

Born in Omaha, Frank earned his bachelor-of-music degree from the University of Nebraska in 1960 and received the Distinguished Alumnus Award from that institution in 2006. He earned his master-of-music degree from Northwestern University in 1961 and his doctorate in musicology from the University of Chicago in 1974. While still a graduate student, he began his distinguished administrative career by establishing and then chairing the music program for the University of Chicago’s Laboratory School from 1963 to 1970. The next year he was a fellow at Harvard University’s Villa I Tatti for advanced research into Italian Renaissance music. After earning his doctorate, a one-year term as visiting lecturer at the University of Kansas led to his appointment to the faculty of Duke University, where he served as chair of the Music Department from 1974 to 1980. After his tenure as dean of the Yale School of Music, he continued to teach, perform, and chair the doctor-of-musical-arts committee at the school until his retirement in 2010. Among Frank’s most important contributions to Renaissance studies is his investigation of the sources in the archive of San Petrino in his beloved city of Bologna (Stuttgardt, 1986). With his article “The Silent Theme Tradition in Jazz” (The Musical Quarterly, 1967) he became a pioneer in bringing the study of jazz into mainstream musicology. Jazz was his passion, and he dedicated the remainder of his life to leveling barriers and raising up the contributions of Black musicians to this uniquely American genre, born out of their experiences as a gift to all. His Jazz: A History (W.W. Norton & Company, 1977 and 1993) became a foundational text in the field and was translated into Japanese, Chinese, and Spanish. This was followed by Living with Jazz (Harcourt Brace College Publishers, 1996), The Birth of the Cool: Miles Davis and His Associates (Pendragon Press, 2009), and With Trumpet and Bible: The Illustrated Life of James Hembray Wilson (Pendragon Press, 2015, © 2012).

Frank also co-authored multiple editions of the textbook Humanities: Cultural Roots and Continuities; contributed to 38 biographies of jazz greats for the World Book Encyclopedia; and authored eight entries on Medieval and Renaissance composers for the New Grove Dictionary of Music and Musicians, as well as dozens of articles on jazz, late Medieval music, and other facets of music history throughout his career. In addition, his compositions earned numerous prizes including multiple ASCAP Awards, which he received for the first time in 1970. His American Jazz Mass, published in 1959, was the first mass composed for that genre.

Frank’s career was characterized by his remarkable care for his colleagues and his natural humility. Though he walked and played with giants like Benny Goodman, Henny Youngman, Dizzy Gillespie, and scores of big-band jazz legends, he always took a back seat to let others’ gifts shine. As dean, he led the Yale School of Music through one of the most dif cult periods in its history with grace and a relentless dedication to the best interests of its faculty and students. He was also devoted to his family and is survived by his wife of 60 years, Charlene (Whitney) Tirro, a daughter, son, and four grandchildren.

“I had the pleasure of working with Frank Tirro from my joining the YSM faculty in 1984 until his retirement in 2010. With great pleasure I remember the warm atmosphere when he and his wife, Charlene, welcomed
the entire School of Music to his house at the beginning of each of his years as dean. My most memorable interactions with him were in his capacity as the dean and, later, as the head of the doctor-of-musical-arts committee. In both, Frank displayed his respect for fellow faculty members and willingness to enable and encourage the robust exchange of opinions among us. I remember his words with which he charged me to head my first search committee at Yale and to find the highest quality candidate because, he said, ‘When the time for a new search comes, first-rate people will choose first-rate people; second-rate people will choose third-rate people.’ For me, this view exemplifies his appreciation and support of the talent of each individual.”

Boris Berman
Sylvia and Leonard Marx Class of 1954 Professor in the Practice of Piano, Yale School of Music

“Frank Tirro was the dean of YSM when I joined the faculty in 1987. Frank was a fellow clarinetist and could not have been more supportive and welcoming as a ‘boss’ and as a colleague. I was fortunate to know Frank Tirro as a leader with a steady hand, a valuable, skilled, and inspired colleague, and a warm and kind friend. Frank’s gentle demeanor masked his enormous achievements as a musician and scholar and his remarkable versatility. I loved that he would perform regularly at YSM in music from Beethoven and Brahms to Duke Ellington along with his very own compositions. He touched so many of our lives and we are richer for that experience.”

David Shifrin
Professor in the Practice of Clarinet, Yale School of Music

“My husband, Aldo Parisot, and I were extremely fortunate to have been faculty members during Frank Tirro’s tenure as dean of YSM. In addition to interacting with him as part of the faculty, we were privileged to perform with him several times, playing familiar and lesser-known works for clarinet, cello, and piano.”

“I will always be indebted to Frank for the opportunities he provided me. My first job was as Yale Philharmonia manager, then director of the concert and press office, and finally as executive officer, working directly with Frank.

“Frank’s administrative style was marked by a genuine sense of fairness and open-mindedness. The staff knew that they could bring any problem or suggestion to him, and that he would give their ideas serious consideration. He was enthusiastic about incorporating new technologies into our work. I remember his demonstrating something at a staff meeting that was quite exotic at the time: his own personal computer.

“The early 1980s were a difficult time economically for the country, the university, and the school. Yet Frank was able to attract and maintain both an extraordinary faculty and a talented student body, despite limited resources. He reformed the curriculum and opened a new pathway for the school to China.

“He was dean during a major labor upheaval: the campaign to establish a union for clerical and technical employees and the strike of 1984. I remember well how respectful and generous he was to those of us who chose to strike. He remained neutral during those difficult days, and understood the strain experienced by all of YSM’s employees, whether they remained at their desks or joined the picket line.

“Of course, from my own point of view as a clarinetist and a jazz player, I was thrilled that Frank had become friends with Benny Goodman, bringing this major figure in American music to Yale for performances of both jazz and classical repertoire, and convincing Goodman that Yale would be the best place for his papers and memorabilia.”

“My friendship with Frank Tirro began shortly after he arrived at Duke University to assume the chair of the Music Department. Others may speak to his service to Yale, the quality of his leadership, the scope
and value of his scholarship, his care in preparation for whatever he undertook, his maintenance of skill as an active musician.

“Let me add some personal observations. Over the next half-century our friendship developed and deepened as I shared events and important occasions with him and his family. When I needed employ, he asked me to take charge of the record library in the Duke Music Department. Several years later, when he moved from North Carolina to North Haven, I drove his furniture. Then, six months later, he called to invite me to become his assistant in the School of Music, so my family and I came happily to New England.

“When he drove his vintage car to a rally in Omaha, I went along to meet his mother and discover his hometown. We went to Alabama— he always drove—with carefully planned research stops as he prepared his biography of an itinerant trumpeter who developed into a preacher and an important force in Black education (With Trumpet and Bible: The Illustrated Life of James Hembray Wilson).

“I remain indebted in many ways to my friend Frank Tirro.”

“The warmth and sincerity of the greeting Serena and I received from Charlene and Frank when we arrived at YSM in 1995 deepened through the years. Frank understood the headwinds of a deanship better than most people, and he knew instinctively that calm, thoughtful, and solicited counsel would be essential in charting a course for the school. And I called on him for that counsel. For me, Frank embodied the ideals of a renaissance man—an uncommon breadth of interests, an insatiable curious intellect, an unassailable integrity, and a sense of fairness.

“I looked forward to DMA committee oral examinations because I learned from Frank as he engaged candidates in a professional conversation, one born of humility and respect for the topic and the candidate. Those innate values are why Frank made such stellar faculty appointments during his deanship–in spite of very limited resources. His scholarship in jazz and the humanities has enriched our discipline, and we celebrate his gifts to us through his life and work.”