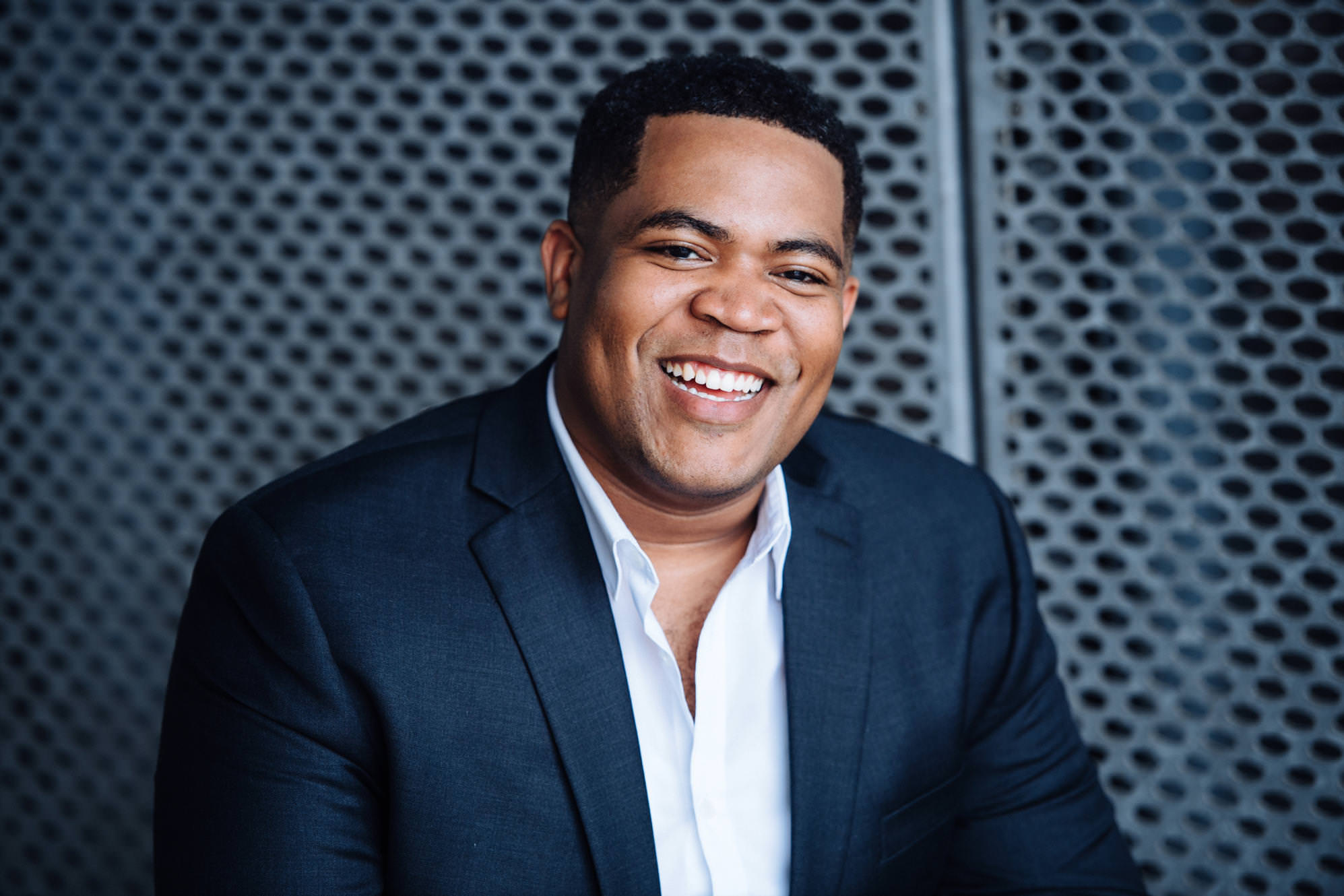 While tenor Terrence Chin-Loy loves Mozart and Verdi, he’s hoping for a career that includes new music and plenty of it. “I’m excited by all the new works,” he says. “I want to be part of that. The music that drew me into opera was the standard repertoire, especially French. But I want to do new works too.”

Saying yes then to participating in the world premiere of Daniel Bernard Roumain’s Twin Stars: Diamond Variations for Dae’Anna, was an easy decision. Festival Director Melvin Chen initially met Chin-Loy when he was participating in a voice program at Hotchkiss School in Lakeville. Chen also saw Chin-Loy when he was a music student at Yale University. “When he reached out to me and asked if I was interested, the answer was very much so,” Chin-Loy says. “I have always respected Melvin and the festival but also the composer. Daniel is one of the preeminent up-and-coming composers of the modern age and I’m excited to perform a work by him.”

The world premiere of Twin Stars: Diamond Variations for Dae’Anna will be performed July 9 and live-streamed from the Festival’s Music Shed.

Beyond this premiere, Chin-Loy is excited generally about the ways in which music can help expand our cultural conversations. “One of the goals of the arts is to bring attention to contemporary issues,” he says. “You have operas and concert pieces that show things as they are. You might have a piece about what happened in Ferguson but one of arts’ responsibilities and one of the cool things about it is you can imagine better worlds.

“I’m interested in the music that will come after this moment right now,” he adds, “to have librettists and composers put forth other work that imagines better futures. Worlds where the focus is not on pain and the pain associated with racism but as we continue down this path of more inclusion that we can see worlds that give people positive ideas about diverse backgrounds. I think that will be the next step. I think it’s one of the ways classical music and opera can help the world move forward.”

After Chin-Loy finishes at Norfolk, he returns to the Metropolitan Opera for a fall performance of Terence Blanchard’s Fire Shut Up in My Bones, the first work by a Black composer to be presented at the hall. “I’m excited about all of the new music being commissioned by black composers like Daniel Romaine,” he says. “It’s great to see the uplifting and the giving of a platform to Black  composers.”

A first-generation Jamaican-American, Chin-Loy grew up in Florida where he sang in the Singing Sons Boy Choir. The director had connections in the Northeast, which brought him to the Hotchkiss program. “It was one of the best summer experiences of my high school life,” he says, noting he also met Simon Carrington that summer, who leads Norfolk’s Chamber Choir and Choral Conducting Workshop. “It was great to be exposed to a broader view of classical music.”

He credits his mom’s love of singing in their church with getting him started. “From when I was very young, she was singing so I started singing in the church. I just loved it,” he says. Joining the boy choir introduced him to opera, which in turn brought him to a role in a  Florida Grand Opera production of The Magic Flute. “It was the first time I heard people singing in that way,” he says. “I thought it was so cool and dived into it.

Since then Chin-Loy has been a resident artist with Pittsburgh Opera and at Opera Theatre of St. Louis. He holds degrees from Mannes College and Yale University, and has a performer diploma from Indiana University.

Terrence Chin-Loy will be joined by soprano Brandie Sutton, pianist Melvin Chen and the Abeo Quartet in the premier performance of Daniel Bernard Roumain's Twin Stars: Diamond Variations for Dae’Anna at the Norfolk Festival on Friday, July 9 at 7:30 p.m. The concert will be live-streamed on the Festival website and Facebook page.  After the premiere it may also be viewed on the Festival’s YouTube channel.