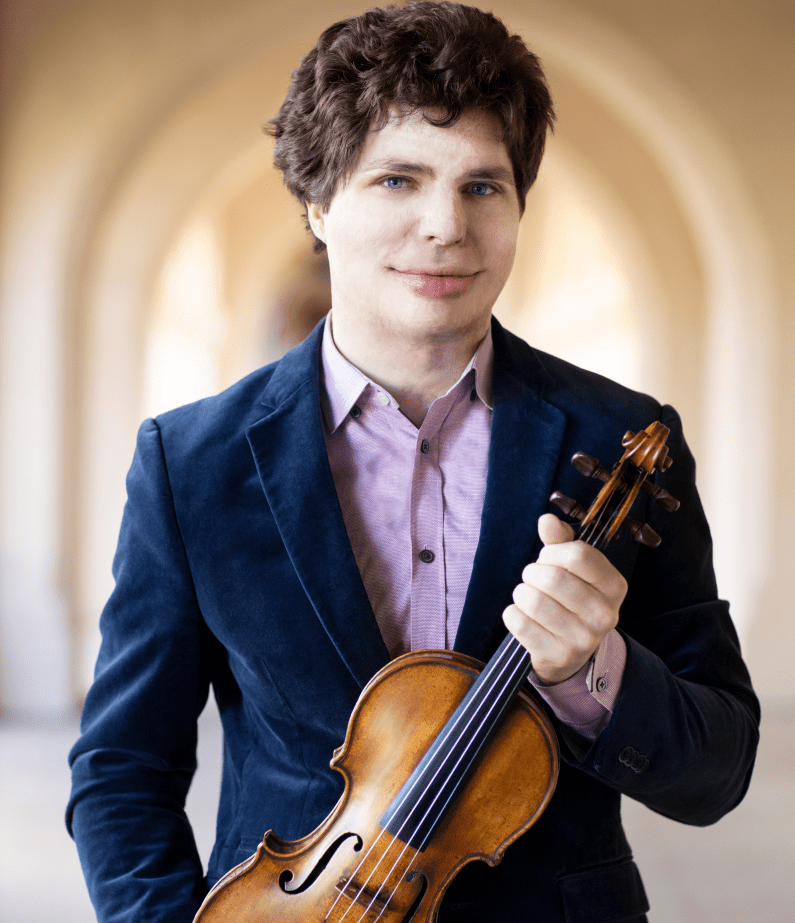 The eminent violinist Augustin Hadelich will join the Yale School of Music in fall 2021 as a distinguished member of the violin faculty. Mr. Hadelich will work initially with four students while offering master classes to all YSM violinists and string players. Mr. Hadelich’s “credentials are without equal,” YSM faculty violinist Ani Kavafian said.

Mr. Hadelich has established himself as a rare and peerless musician since winning the Gold Medal at the 2006 International Violin Competition of Indianapolis and has received such coveted awards as an Avery Fisher Career Grant, Warner Music Prize, and Borletti-Buitoni Trust Fellowship. Mr. Hadelich’s accomplishments were widely celebrated in 2018 when Musical America named him its Instrumentalist of the Year. “The essence of Hadelich’s playing,” The Washington Post has said, “is beauty: reveling in the myriad ways of making a phrase come alive on the violin, delivering the musical message with no technical impediments whatsoever, and thereby revealing something from a plane beyond ours.”

Mr. Hadelich has appeared with all of the world’s major orchestras and has released recordings that have become as essential as they are seminal. Following his world-premiere performance of Pulitzer Prize-winning YSM faculty composer David Lang’s mystery sonatas, The New York Times described Mr. Hadelich as a “brilliant young violinist” and “a riveting storyteller.” His recording with Ludovic Morlot and the Seattle Symphony of Dutilleux’s violin concerto L’arbre des songes earned Mr. Hadelich a 2016 Grammy Award in the “Best Classical Instrumental Solo” category.

﻿“I am excited to join the faculty of Yale School of Music this fall and look forward to working with YSM’s talented students,” Mr. Hadelich said. “I hope to pass on to the students what I have learned in my performing career and know that they will in turn inspire my own practicing and performances around the world.”

“Mr. Hadelich is a one of the most renowned violinists on the world stage today,” School of Music Dean Robert Blocker said unequivocally, “and we look forward to welcoming him to the School of Music and the university this fall.”