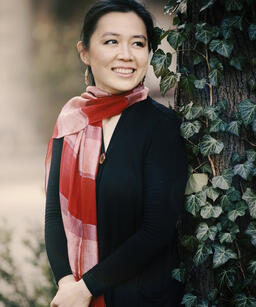 A “jaw-dropping pianist who steals the show…with effortless finesse” (Washington Post), Amy Yang balances an active career as soloist, chamber musician and pedagogue. In 2020, she shared the stage with Anne-Marie McDermott, Yefim Bronfman, Paul Neubauer, and the Dover Quartet in a myriad of performances at Bravo! Vail. Additionally, she gave her solo debut as well as joined forces with the Jasper String Quartet in piano quintets by Tania Léon and Joan Tower for Philadelphia Chamber Music Society’s 35th season. She was also featured in a full episode with Emmy® Award-winning producer Jim Cotter of Articulate, aired on PBS in 2021.

At the Curtis Institute of Music, she is the Associate Dean of Piano Studies and Artistic Initiatives. She will make her debut playing Schumann’s Piano Concerto with the Curtis Symphony Orchestra under Osmo Vänskä at Verizon Hall at the Kimmel Center in April, 2023.

At Curtis Institute of Music, she previously held the roles of program director and piano faculty of Curtis Summerfest’s Young Artist Summer Program for nine summers. She also teaches at the University of Pennsylvania. She has given masterclasses at UCLA, Mannes College of Music, University of Oklahoma, for New York Youth Symphony, and her students have soloed with the Philadelphia Orchestra and entered Oberlin Conservatory of Music, Bard Conservatory, Vanderbilt University Blair School of Music, Eastman School of Music and Indiana University.

Winner of the 2018 Musical Fund Society of Philadelphia prize and the Kosciuszko National Chopin Piano Competition, she is an alumna of Curtis Institute of Music, Juilliard School and Yale School of Music, where she received the Parisot Award for Outstanding Pianist and the Alumni Association Prize.

Aiming to lead a life rich in learning, she would love to spend more time studying painting, neuroscience, and gardening.