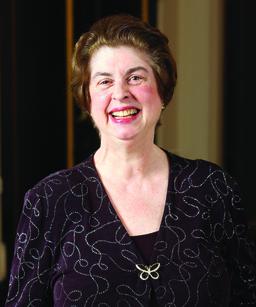 “Thank heaven for Ann Schein…what a relief it is to hear a pianist who, with no muss or fuss, simply reaches right into the heart of whatever she is playing – and creates music so powerful you cannot tear yourself away” (The Washington Post).

Ann Schein’s amazing career has earned her praise in major American and European cities and in more than 50 countries around the world. Since her highly acclaimed debut recital at Carnegie Hall as an artist on the Sol Hurok roster and first recordings with Kapp Records in 1958, she has performed with numerous esteemed conductors and orchestras, and collaborated with great soloists like soprano Jessye Norman. Shein is especially noted for her performances of Chopin’s music, described as “one of the premiere Chopin pianists of our time” by Gregor Benko and Ward Marston in their 2010 survey of outstanding Chopin performances titled A Century of Romantic Music.In 1963, she was invited to perform at the White House during the Kennedy administration.

At the Norfolk Chamber Music Festival–Yale Summer School of Music, Schein will coach piano chamber groups, give masterclasses, and perform alongside Festival artists and fellows. Previously, Schein taught at the Peabody Institute of the Johns Hopkins University, the Aspen Music Festival and School, Indiana University, and the Eastman School of Music. She is currently on the piano faculty at the Mannes School of Music. Recently, Schein has given masterclasses at the Matthay Festival at the University of Alabama, the IKIF Festival in New York at Hunter College, and the Rebecca Penneys Piano Festival at the University of South Florida in Tampa.