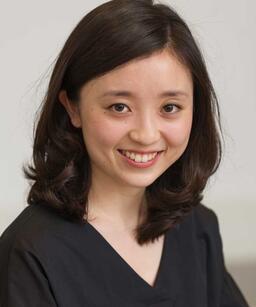 A native of Osaka, Japan, violinist Elly Toyoda (NCMF '15) has performed in major festivals throughout Asia, Europe, and North America. She has been a featured soloist in a program of baroque concertos performed by Rutgers faculty, and has performed standard repertory through solo and chamber recitals at the Château Fontainebleau in France, the Oratorio dei Disciplinanti in Italy, and Japan's Symphony Hall and Ishikawa Ongakudo among others.

An avid supporter of contemporary music, Toyoda was awarded the Prix de Musique Contemporaine by the Fontainebleau Schools, has appeared on programs at the National Sawdust, Le Poisson Rouge, and the Elb Philharmonie in Germany, and has premiered numerous works through the Norfolk Chamber Music Festival, Lucerne Festival,  Massachusetts International Festival of the Arts, and Talis Festival. Toyoda is also a frequent collaborator with Eighth Blackbird, the 4-time Grammy award-winning contemporary music ensemble.

Toyoda currently serves as Visiting Assistant Professor of Violin at the Sunderman Conservatory of Music at Gettysburg College and part-time Lecturer teaching Performance Practice at Rutgers University. She has previously served on the faculties of SpeakMusic Conservatory and Lindeblad School of Music. Toyoda served as a secondary violin instructor at Oberlin and Yale, and was a guest artist at the University of Oklahoma.