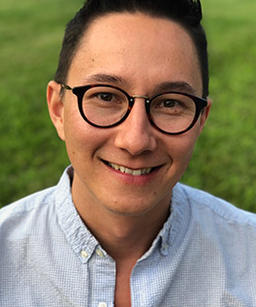 Ethan Heard directs plays, musicals, and operas, ranging from new work to Shakespeare, Sondheim to Monteverdi. He is Founding Co-Artistic Director of Heartbeat Opera, “a categorically imaginative company, which has made its name with vital reshapings of repertory operas” (The New Yorker). He also teaches acting and directing at Yale School of Drama, Yale Institute of Sacred Music, and Princeton University’s Lewis Center for the Arts.

With Heartbeat Opera, Ethan has directed La Susanna (a co-production with Opera Lafayette at the Kennedy Center and BAM), Fidelio, Butterfly, Dido & Aeneas, Kafka-Fragments, The Seven Deadly Sins, and the drag extravaganzas Hot Mama: Singing Gays Saving Gaia, Dragus Maximus: a homersexual opera odyssey, All the World’s a Drag! Shakespeare in love…with opera, Queens of the Night: Mozart in Space, Miss Handel, and The Fairy Queen. These productions have been called “urgent and powerful” (The New York Times), “relevant and heartbreaking” (The New Yorker), and “incisive and inspired” (Opera News).

While earning his master's in fine arts at Yale School of Drama, Ethan served as Artistic Director of Yale Cabaret, where he co-created Basement Hades (with original music by Daniel Schlosberg) and Trannequin! (a musical about a transgender mannequin); he also launched the tradition of Yale School of Drag, which continues today. He received his bachelor of arts in Theater Studies from Yale College and won the Sledge Prize for Performing Arts. He was a director in Oskar Eustis and Suzan-Lori Parks’ Collaboration Reloaded at NYU. He has also taught at The O’Neill Theater Center and The New School.

Ethan is Chinese-American, fluent in Mandarin, and a proud member of the Stage Directors and Choreographers Society.