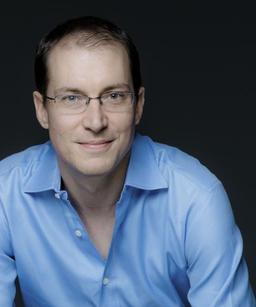 A "wanderer between worlds" (Lucerne Festival), "immensely talented" and "quietly powerful pianist" (New York Times), Swiss-born American Gilles Vonsattel is an artist of extraordinary versatility and originality. Comfortable with and seeking out an enormous range of repertoire, Vonsattel displays a musical curiosity and sense of adventure that has gained him many admirers. He has performed with major orchestras, in chamber music, and as a soloist in the United States, Canada, United Kingdom, Europe, and Asia.

Deeply committed to the performance of contemporary works, he has premiered numerous works both in the United States and Europe and worked closely with notable composers such as Jörg Widmann, Heinz Holliger, and George Benjamin. His 2011 recording (Honens/Naxos) was named one of Time Out New York’sclassical albums of the year, while a 2014 release on GENUIN/Artist Consort received a 5/5 from FonoForumand international critical praise. His latest solo release (Honens, 2015) received rave reviews in Gramophone, The New York Times, and the American Record Guide.

In addition to his performances at Norfolk Chamber Music Festival –Yale Summer School of Music, Vonsattel coaches chamber ensembles with piano during the Chamber Music Session.

Vonsattel received his bachelor’s degree in political science and economics from Columbia University and his master’s degree from The Juilliard School, where he studied with Jerome Lowenthal. He is on the faculty of the University of Massachusetts at Amherst, and makes his home in New York City. Gilles Vonsattel is a Steinway Artist.