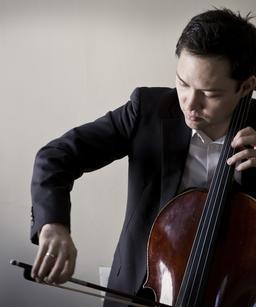 Noted for his “expressive warmth and sensitivity,” cellist Jacques Lee Wood is gaining attention as a soloist, recitalist and chamber musician of the highest caliber.  A versatile artist, Wood’s interest in teaching and research supplements an active performance career that covers a broad range of repertoire and interests: from historically informed performance of the Baroque, Classic, and Romantic periods to newly composed works.

At the Yale Summer School of Music/Norfolk Chamber Music Festival, Wood performs and coaches the orchestra at the Chamber Choir and Choral Conducting Workshop. He has taught chamber music at the Yale Department of Music and Yale School of Music, and from 2011 to 2013 helped run and develop the early music program at the Yale School of Music alongside the distinguished baroque violinist and early music specialist Robert Mealy. Wood also serves on the faculty at the Korea Philharmonic Summer Research Institute, Seoul National Symphony Orchestra Summer Academy, and is a frequent guest artist at the Bari International Music Festival, International Musical Arts Institute, and the Manchester-by-the-Sea Summer Chamber Music Festival.

Wood received his Bachelor of Music from the New England Conservatory of Music under Laurence Lesser and his Master of Music and Doctor of Musical Arts from the Yale School of Music under Aldo Parisot. Wood is an artist with the Swiss Global Artistic Foundation.