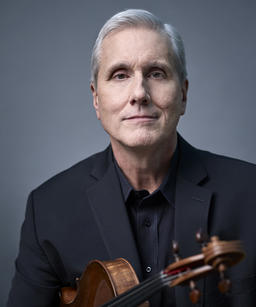 Lawrence Dutton, violist of the nine-time Grammy winning Emerson String Quartet, has collaborated with many of the world’s great performing artists and performed as guest artist with numerous chamber music ensembles. Since 2001, Dutton has been the Artistic Advisor of the Hoch Chamber Music Series, presenting three concerts at Concordia College in Bronxville, NY. He has been featured in recordings with the Grammy winning jazz bassist John Patitucci (Concord Jazz) and with the Beaux Arts Trio (Philips).

Dutton is currently Professor of Viola and Chamber Music at Stony Brook University and at the Robert McDuffie School for Strings at Mercer University. He began violin studies with Margaret Pardee and on viola with Francis Tursi at the Eastman School. He earned his bachelor’s and master’s degrees at the Juilliard School, where he studied with Lillian Fuchs, and has received honorary doctorates from Middlebury College, The College of Wooster, Bard College, and The Hartt School of Music.