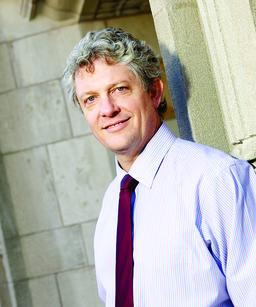 Richard Gard enjoys a multidimensional career as a conductor, teacher, app developer, and performer. As a composer and editor, Gard draws on a lifetime of musical service to the church and choral music in schools to create texts and music for special celebrations and liturgies.

At the Yale School of Music, Gard teaches classes in musicianship and analysis, and is Director of the University’s undergraduate studio and graduate studio lessons. He is also Director of Music at St. Thomas More Chapel and Catholic Center at Yale, and the founder of its Center for Music and Liturgy. As part of his duties at the Center, Gard is publisher of the Cloud Hymnal, an online music resource with a growing library of over 31,000 musical works for churches worldwide.

Gard earned his masters and doctoral degrees in choral conducting from the Yale School of Music and the Yale Institute of Sacred Music.

An expert in browser, tablet, and smartphone applications, Gard is the Chief Academic Officer of Music Prodigy Corporation, a digital music-education and assessment-system provider for schools which is used throughout the United States.