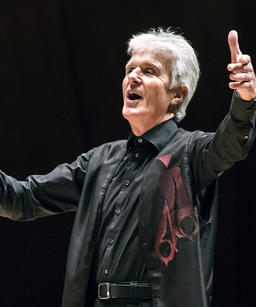 Simon Carrington has enjoyed a distinguished career as singer, double bass player and conductor. Prior to coming to the United States, he was a creative force for twenty–five years with the internationally acclaimed King’s Singers, which he co–founded at Cambridge University. He gave 3,000 performances at many of the world’s most prestigious festivals and concert halls, made more than seventy recordings, and appeared on countless television and radio programs. Carrington also had a lively career as a freelance double bass player, playing in most of the major symphony and chamber orchestras in London.

From 2003 to 2009, Carrington was Professor of Choral Conducting at Yale and Director of the Yale Schola Cantorum, which he brought to international prominence. His previous positions include Director of Choral Activities at the New England Conservatory and at the University of Kansas.

Now based in Europe, Carrington maintains an active schedule as a freelance conductor and choral clinician, leading workshops and master classes round the world. He spends a week every summer as Director and Conductor of the Chamber Choir and Choral Conducting Workshop at the Norfolk Chamber Music Festival/Yale Summer School of Music. Carrington has also taught young conductors at the Royal Academy of Music in London, the Liszt Conservatorium in Budapest, the University of the Andes in Bogota, the World Symposium in Argentina and the Schools of Music at Eastman, Temple, and Indiana, among many others in the United States. 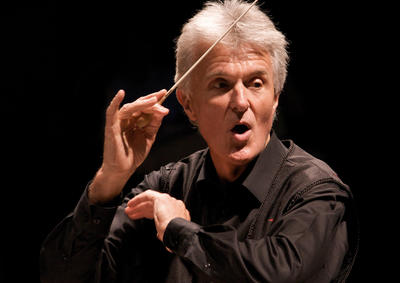 A chat with Simon Carrington