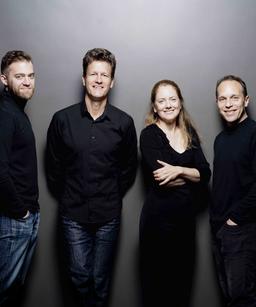 The SLSQ is renowned for the intensity of its performances, its breadth of repertoire, and its commitment to concert experiences that are at once intellectually exciting and emotionally alive.

Recent highlights include performances with Gustavo Dudamel and the LA Philharmonic and Marin Alsop and the Baltimore Symphony in John Adams's Absolute Jest for string quartet and orchestra, and the European premieres of Adams's second string quartet. Fiercely committed to collaboration with living composers, the SLSQ's fruitful partnership with Adams, Jonathan Berger, Osvaldo Golijov and many others has yielded some of the finest additions to the quartet literature in recent years. The Quartet is also especially dedicated to the music of Haydn, and are recording his groundbreaking set of six Opus 20 quartets in high-definition video for a free, universal release online in 2018. According to The New Yorker, "...no other North American quartet plays the music of Haydn with more intelligence, expressivity, and force..."

Established in Toronto in 1989, the SLSQ quickly earned acclaim at top international chamber music competitions and was soon playing hundreds of concerts per year worldwide. It established an ongoing residency at Spoleto Festival USA, made prize-winning recordings for EMI of music by Schumann, Tchaikovsky, and Golijov, earning two Grammy nominations and a host of other prizes before being appointed ensemble-in-residence at Stanford University in 1998.

At Stanford, the SLSQ is at the forefront of intellectual life on campus. The SLSQ directs the music department's chamber music program, and frequently collaborates with other departments including the Schools of Law, Medicine, Business and Education. The Quartet frequently performs at Stanford Live, hosts an annual chamber music seminar, and runs the Emerging String Quartet Program through which it mentors the next generation of young quartets. In the words of Alex Ross of The New Yorker: "The St. Lawrence are remarkable not simply for the quality of their music making, exalted as it is, but for the joy they take in the act of connection."