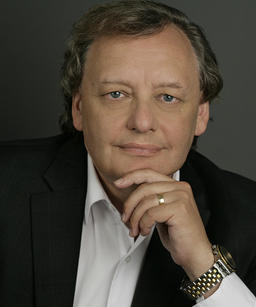 Lecturer in Voice and Opera Yale School of Music
At YSM Since: 2008
Contact

A native of New York City, Timothy Shaindlin is an accomplished vocal coach, diction teacher, music director, and conductor. He has served on the music staffs of world-renowned opera companies in the United States and Europe, including the Metropolitan Opera, and played for classes and coachings presented by acclaimed artists. Shaindlin has conducted operas, coached opera companies and orchestras throughout the United States, and assisted many distinguished conductors. Equally versed in musical theater, he has conducted summer-stock performances and played keyboards for national company tours of numerous shows.

At the Yale School of Music, Shaindlin is a vocal coach for Yale Opera, teaches classes in lyric diction and vocal repertoire, and has served as Music Director for several of productions, including Massenet’s La Navarraise, Stravinsky’s Le Rossignol, and Tchaikovsky’s Iolanta. He led the Yale Baroque Ensemble in Yale Opera’s production of Purcell’s Dido and Aeneas in 2011. Shaindlin is a co-founder of the Pittsburgh Opera Resident Artist Training Program and was Director of the Lyric Opera of Chicago’s Children’s Chorus. He has also taught at Northwestern University, Roosevelt University, and the State University of New York at Purchase.

Shaindlin studied at The Juilliard School, Indiana University, the New School for Social Research, and the Aspen Music Festival and School.