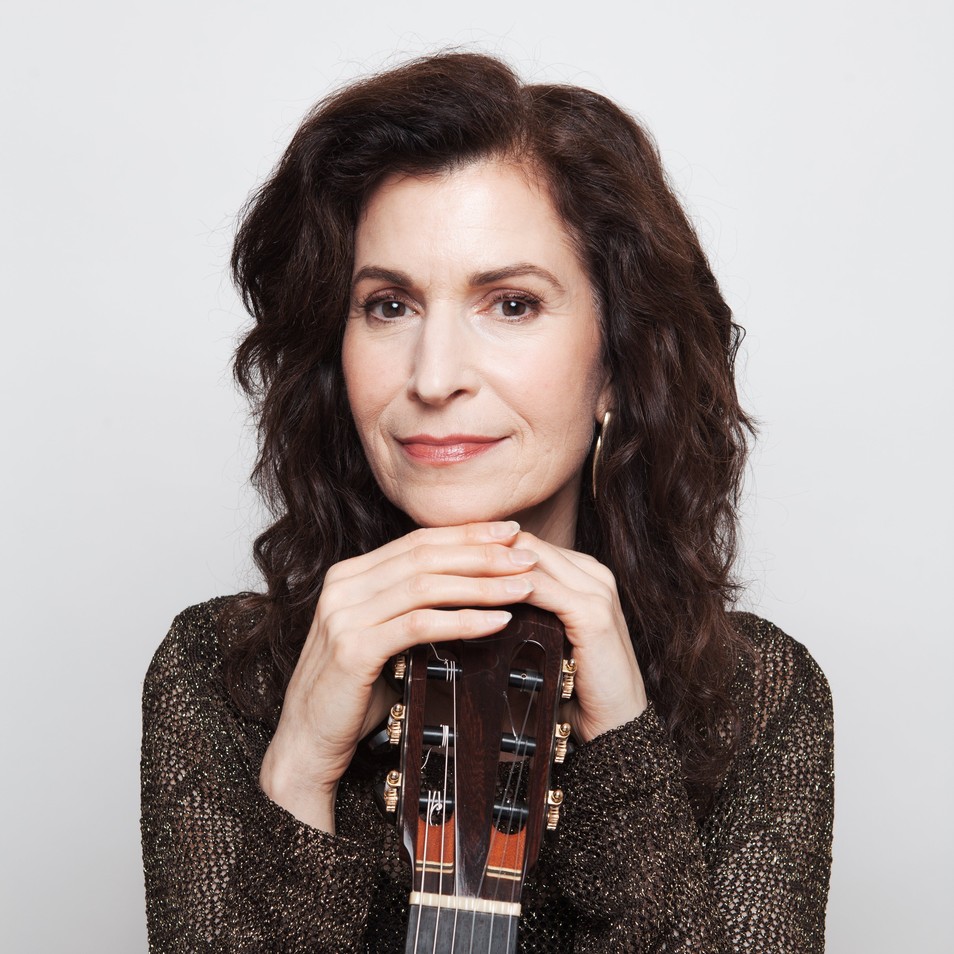 The bribery worked. By age 14, Ms. Isbin performed as a soloist before an audience of 10,000 in her hometown of Minneapolis. “I walked out on the stage and thought, ‘This is even more exciting than seeing my worms and grasshoppers go up to space,’ ” she remembers. END_OF_DOCUMENT_TOKEN_TO_BE_REPLACED

The Grammy for Best Small Ensemble Performance was awarded to David Lang’s The Little Match Girl Passion, in a Harmonia Mundi recording by Ars Nova Copenhagen & Theatre Of Voices, conducted by Paul Hillier.

Sharon Isbin won the prize for Best Instrumental Soloist Performance (Without Orchestra) for her CD Journey To The New World (with Joan Baez & Mark O’Connor) on Sony Classical. END_OF_DOCUMENT_TOKEN_TO_BE_REPLACED

Four Yale alumni – Marin Alsop, Sharon Isbin, Maureen Nelson, and Richard Belcher – received nominations for this year’s Grammy Awards. Alsop, a graduate of Yale College, is the artistic director of the Baltimore Symphony Orchestra, the first woman to hold such a position at a major American orchestra. The other three are graduates of the School of Music.

Nelson, a violinist, and Belcher, a cellist, are members of the Enso Quartet. The quartet, formed in 1999 at the School of Music, has earned multiple honors at the 2004 Banff International String Quartet Competition and victories at the 2003 Concert Artists Guild International Competition, the Fischoff National Chamber Music Competition and the Chamber Music Yellow Springs Competition. The ensemble’s 2005 debut on Naxos Records, a 2-CD set of Ignaz Pleyel’s six string quartets, Op. 2, garnered rave reviews. The Grammy nomination for Best Chamber Music Performance goes to their most recent Naxos release, the three string quartets of Alberto Ginastera, featuring soprano Lucy Shelton.