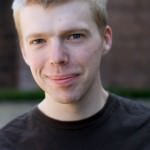 Last week, WQXR announced that  Andrew Norman '09AD, Clint Needham, Alex Mincek, and Cynthia Wong were selected as the winners of Orpheus Project 440. Each composer will write a work to be premiered at Carnegie Hall by Orpheus in the 2011-12 season.

The project began with 60 composer candidates and went through several rounds. Orpheus designed Project 440 in keeping with the passion for new music and for transparency of the creative process. The project is documented online on the WQXR website, where fans and members of the public have engaged in conversation and debate about each of the candidates and about Project 440 as a whole.