With over 200 concerts a year, there's always something on stage. 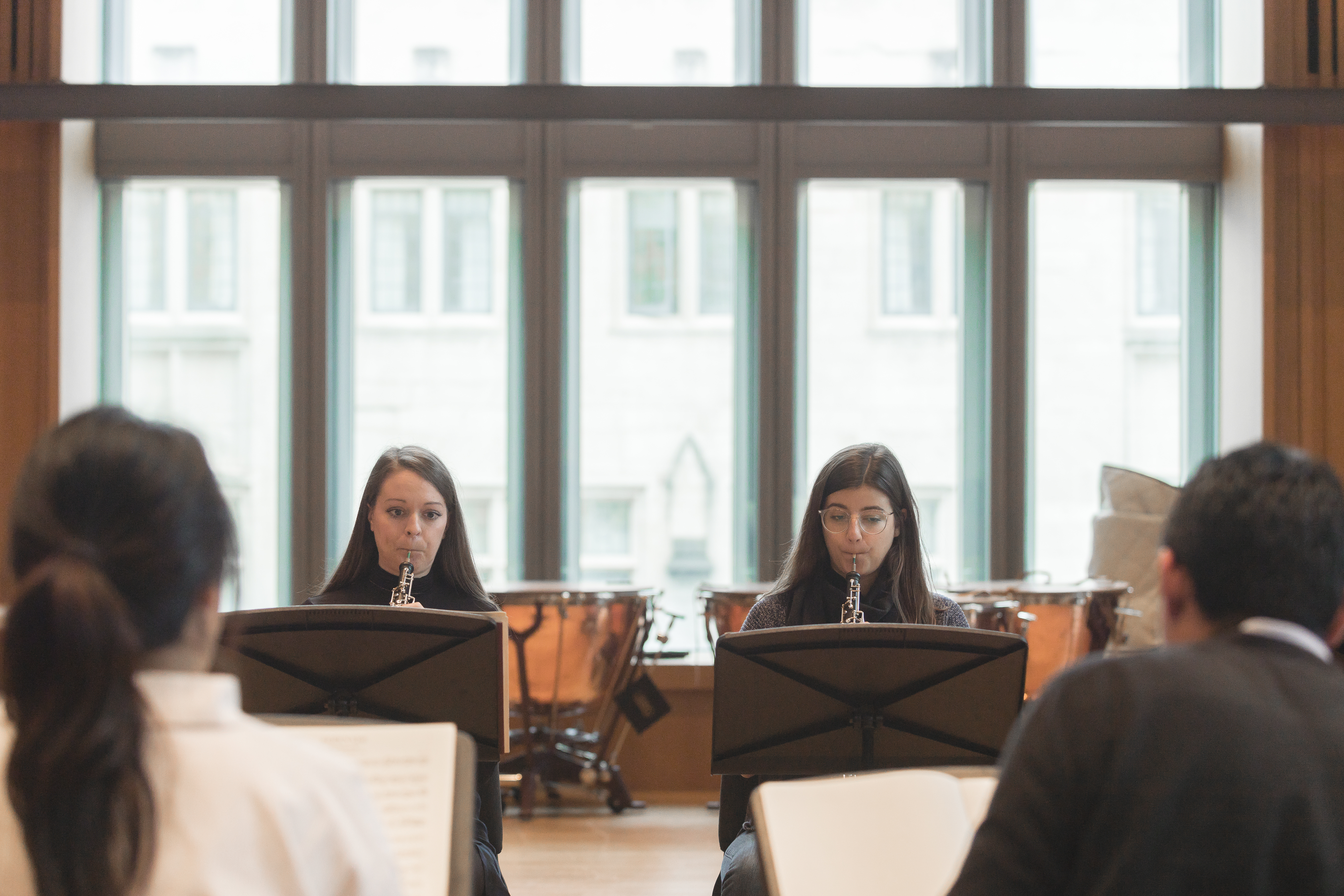 Enhance your skills in solo, chamber music, and orchestral settings.

Yale School of Music students have many opportunities to perform in recitals, chamber and new music ensembles, operas, orchestra, and more.

During their time at YSM, instrumentalists will give one or more solo recitals, perform chamber music, participate in mixed ensembles on the New Music New Haven series, and play in the School’s orchestra, the Yale Philharmonia. Some studios, including the Yale Cellos and the Yale Percussion Group, perform as stand-alone ensembles.

Vocalists at YSM have equally rich performance opportunities. Vocalists also give at least one recital during their time at the School and may perform on the New Music New Haven series. Opera students sing in Yale Opera’s three annually staged productions and in events featuring art-song performances and public master classes. Those studying voice in the Early Music, Oratorio, and Chamber Ensemble program perform with the Yale Voxtet and the Yale Schola Cantorum.

Any YSM student interested in choral singing can also audition to perform with one of the Yale Institute of Sacred Music’s choral groups.

Performing chamber music is a core experience at the School of Music. All students are required to be involved in chamber music throughout their degree program. This gives them the chance to perform in traditional and less traditional configurations and groups. New chamber group assignments are organized every semester by the Department of Chamber Music, with consideration given to students’ interests and requests.

There are myriad opportunities to perform chamber music at YSM. The Lunchtime Chamber Music series presents five concerts every semester, usually featuring a variety of ensembles performing short pieces or selections from larger works. The Vista series presents a few concerts each year and gives chamber ensembles the opportunity to perform a complete work and to provide insight into the repertoire by offering commentary from the stage. The School’s annual Chamber Music Competition Winners’ Concert, sponsored by the Oneppo Chamber Music Series, takes place during the spring semester. Groups audition to perform on the concert, which features diverse repertoire, from works by Haydn to music by Varèse. The School’s chamber series are overseen by Director of Chamber Music Wendy Sharp.

Since chamber music is a required class at the School, it’s built into students’ weekly schedules to ease the burden of finding time and locations to rehearse. Groups meet Mondays and Wednesdays in assigned rooms at assigned times. It’s expected that one of those days will be used for rehearsal and the other for coachings with faculty members. Ensembles are strongly encouraged to schedule additional rehearsals beyond the regular class meeting times.

Ensembles interested in performing on one of the chamber music series must submit program information to the Department of Chamber Music and be recommended by their faculty coach.

The New Music New Haven (NMNH) concert series, directed by faculty composer Aaron Jay Kernis, showcases new works by the School’s student composers. The concerts, which take place in Morse Recital Hall, feature pieces written for a variety of traditional and mixed ensembles, giving students opportunities to perform new music in collaboration with musicians with whom they may not have had the chance to work. Student composers rehearse their pieces with performers during the week prior to the concert, allowing them to experiment before the performance. NMNH concerts are also known to include electronic musical and visual elements. The series features an annual New Music for Orchestra concert, in which works by student composers are performed by the School’s orchestra, the Yale Philharmonia. Most NMNH concerts also include music by a faculty or guest composer. Recent guest composers have included Thomas Newman and Jane Ira Bloom.

Formed in 1983 by faculty cellist Aldo Parisot, the Yale Cellos is an ensemble that features the members of the Yale cello studio. Since Prof. Parisot’s retirement and passing, the ensemble has been led by Assistant Professor Adjunct of Cello Ole Akahoshi. The Yale Cellos give annual concerts in Morse Recital Hall that draw crowds from around New England. Their group’s concerts feature music from the Baroque to the contemporary and showcase ensembles as small as duets and as large as the entire studio. Throughout the ensemble’s illustrious history, the Yale Cellos have performed in the United States, South Korea, and Europe and have made several widely acclaimed recordings, one of which earned a Grammy Award nomination in 1988.

Each year, the Yale Opera fully stages multiple productions under the artistic direction of Professor of Voice Gerald Martin Moore, in which students have the opportunity to perform a variety of roles. The Fall Opera Scenes production in Morse Recital Hall features selections from classic and rarely seen operas performed with piano accompaniment. In the winter, the Yale Opera is joined by the Yale Philharmonia for a fully-staged production. Recent winter productions include Mozart’s Così fan Tutte and Die Zauberflöte and Tchaikovsky’s Eugene Onegin. The third annual opera performance, in the spring, takes place in Morse Recital Hall and is accompanied by piano and chamber ensembles as needed. Recent spring operas have included a double bill of Menotti’s The Old Maid and the Thief and Stravinsky’s Le Rossignol, and Humperdinck’s Hansel and Gretel.

Called “something truly extraordinary” by composer Steve Reich, the Yale Percussion Group was founded in 1997 and is currently directed by Lecturer in Percussion Robert van Sice. The ensemble is comprised of YSM percussion students and performs concerts featuring solo and small-ensemble repertoire. Past programs have included works by such composers as Iannis Xenakis, Georgy Ligeti, Steve Reich, and Toru Takemitsu. The ensemble won the Percussive Arts Society’s International Percussion Ensemble Competition in 2009 and 2014. Members of the Yale Percussion Group have gone on to form such groups as the acclaimed quartet Sō Percussion and Sandbox Percussion and to perform with such ensembles as Lincoln Center’s Chamber Music Two, the Carnegie Hall Academy Ensemble, the Oslo Philharmonic, and the Orpheus Chamber Orchestra.

The largest performing group at the Yale School of Music, the Yale Philharmonia offers training in orchestral playing and repertoire with a rigorous rehearsal schedule similar to that of a professional orchestra. The Yale Philharmonia performs concertos, new music by YSM composition students, and choral works in collaboration with Yale vocal ensembles, in addition to staples of the symphonic repertoire. Each season features concerts led by Principal Conductor Peter Oundjian and performances under the direction of acclaimed guest conductors such as John Adams, Krzysztof Penderecki, Marin Alsop, and Ludovic Morlot, among others. The orchestra performs in Woolsey Hall, Morse Recital Hall, and has also toured throughout the United States and Asia.

Emerging Artist Showcase
Details
Everybody is hoping that you play the best you can. It becomes much easier to play in that environment.
Josip Kvetek, viola, ’18MM
YSM in the News 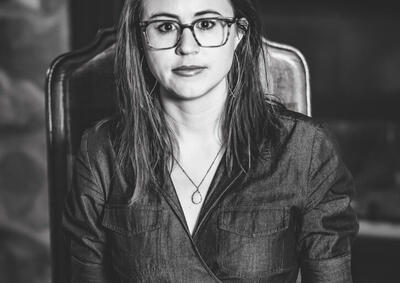 Composer Katherine Balch, whose piece Phrases will be performed on the April 21 New Music New Haven program, earned her master-of-music degree from the School of Music in 2016 and, in July, will join the School’s faculty as Visiting Assistant Professor, Adjunct, of Composition. We spoke with Ms. Balch about returning to YSM, teaching, and more.
Learn More 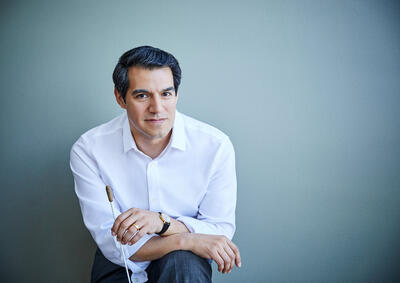 On April 8, guest conductor Miguel Harth-Bedoya will lead the Yale Philharmonia in a performance of music by Jimmy López, Prokofiev, and Brahms. We spoke with Mr. Harth-Bedoya about López's Perú Negro and the experience musicians and audiences share through live performance.
Learn More

“Do not let the world tell you who you are,” YSM Dean Robert Blocker tells students
Learn More