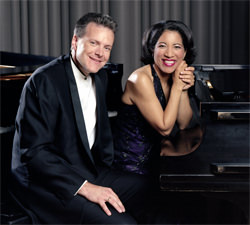 Edward Turgeon joins the faculty at Algora University as the new Director of Music in the Department of Fine Arts. He has been a performer and teacher for 26 years, and is an internationally renowned pianist who composes and performs with his wife, Anne Louise-Turgeon '00DMA. Together, they have earned accolades such as first prize at both the International Schubert Competition for Piano Duos (Czech Republic) and the Murray Dranoff International Two Piano Competition (Miami). 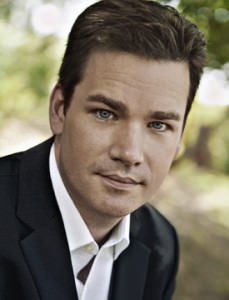 Kenneth Cowan joins the faculty at the Shepherd School of Music as Associate Professor of Organ. As a concert organist, Mr. Cowan's recent performances have included appearances at the Segerstrom Center for the Arts (Costa Mesa, California), the Verizon Hall (Philadelphia), Spivey Hall, and Walt Disney Concert Hall, in addition to concerts in Germany and Korea.

He has been a featured artist in recent years at the national conventions of the American Guild of Organists, the Organ Historical Society, and the Royal Canadian College of Organists. A native of Thorold, Ontario, Canada, Mr. Cowan received the Master of Music degree and
Artist Diploma from the Yale School of Music and Yale Institute of Sacred Music, studying organ with Thomas Murray.