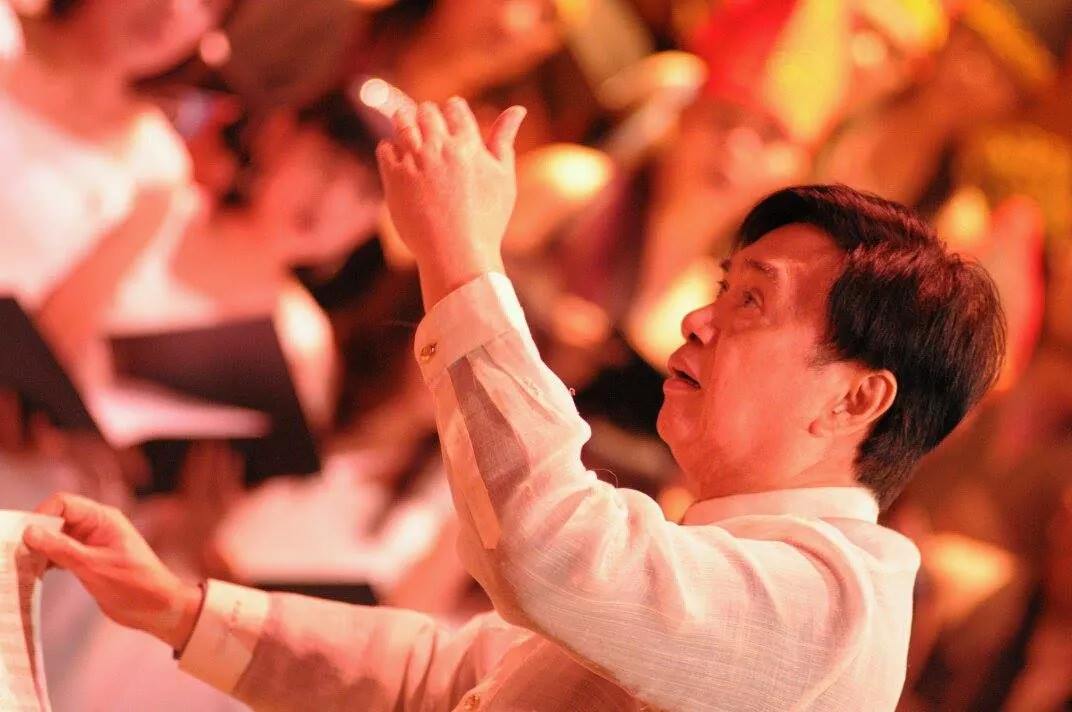 Seventy-three-year-old Dr. Francisco F. Feliciano 79’MMA, 84’DMA passed away after a long battle with cancer on Friday, September 19. He is considered one of the Philippines' most important composers and was one of Asia's leading composers in liturgical music.

Dr. Feliciano was given membership to the Order of National Artists for Music in June earlier this year in The Philippines. Dr. Feliciano was commissioned to write the opera "Amy," a historical war account set in Leyte province, at the time he received the award. The Order is the highest state honor conferred on individuals deemed to have done much for their artistic field.

Arthur Weisberg and Martin Behrmann were among his esteemed conducting teachers, along with composers Isang Yun, Jacob Druckman, Krystof Penderecki, and H.W. Zimmerman.

Feliciano went on to compose more than 30 major musical dramas and operatic works and over hundreds of worship songs. He first exploded into the Manila spotlight with the opera “La Loba Negra.” Other prize-winning works include “Pokpok Alimpako,” the ballet “Yerma,” “Sikhay Sa Kabila ng Paalam (Beyond the Farewell),” “Jose Abad Santos,” and “Ashen Wings.”

His work has been performed at choral festivals in Europe and the United States. He was given the John D. Rockefeller Award for Music Composition in 1977.

For some years, Feliciano was also a conductor of the Philippine Philharmonic Orchestra. He was president and founder of the Samba-Likhaan Foundation: The Asian School of Music, Worship, and the Arts, an organization devoted to promoting Asian worship music.