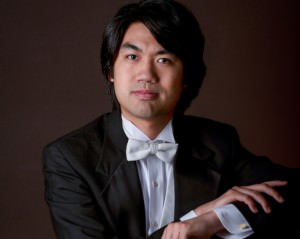 Pianist Sean Chen '14AD is among five emerging artists who will receive grants from the Leonore Annenberg Fellowship Fund for the Performing and Visual Arts. The fund awards $50,000 a year for up to two years to artists who have demonstrated great talent and are on the cusp of a professional breakthrough.

In addition to Chen, the third-place finisher in the 2013 Van Cliburn International Piano Competition, the awards will go to Julia Bullock, a soprano who won the 2014 Naumburg International Vocal Competition and the 2012 Young Concert Artists International Auditions; Caitlin Cherry, a visual artist whose work was on view in a solo show at the Brooklyn Museum in 2013; McKenzie Chinn, an actress, writer and filmmaker who has appeared in productions at the Goodman Theater and the Steppenwolf Theater in Chicago; and Joseph Gorak, a soloist with American Ballet Theater. Sean Chen will receive a two-year award of $100,000. Each of the four other recipients will receive one-year awards of $50,000.

Including the current group, the Leonore Annenberg Fellowship Fund has paid or pledged more than $5 million over the last eight years in career-development grants to artists to create work, receive training, travel to performances, develop studios, buy materials, pay for living expenses and health care, pay down student debt, or otherwise develop their talents to their fullest. The arts fellows, selected in consultation with partner organizations, work under the guidance of mentors chosen by the partners and the Leonore Annenberg Fund.

“At a time when institutional funding in the fine arts has been under serious pressure, the Leonore Annenberg Fellowship Fund has provided millions of dollars to artists who have shown great promise,” said Gail Levin, Ph.D., director of the program, administered by the Annenberg Public Policy Center of the University of Pennsylvania. “We are fulfilling Leonore Annenberg’s wish that we invest in people who have shown talent, vision, and leadership, and we are helping them to realize their artistic potential.”

The arts fund is a part of the Leonore Annenberg Scholarship, Fellowship and School Funds, which also provide four-year college scholarships to high school students who have overcome challenging circumstances and funding to underfunded public elementary schools that serve children in financial need. As of June 2015, the Leonore Annenberg Funds will have committed more than $17 million in funding to arts fellows, college students and elementary schools. The 10-year program is in its eighth year.

About Sean Chen
Sean Chen won third prize at the 14th Van Cliburn International Piano Competition in 2013, becoming the first American to reach the finals since 1997. Chen, also the 2013 winner of the American Pianists Association’s DeHaan Classical Fellowship, trained at the Juilliard School (bachelor’s and master’s degrees) and the Yale School of Music (artist diploma), which sponsored him for the Annenberg fellowship. Robert Blocker, Dean of the Yale School of Music, calls Chen “a dazzling young artist” possessed of a “warm, lyrical, beautiful” tone and “pristine technique.” Chen, who is from Los Angeles, has appeared as a soloist with major orchestras in the United States and abroad, performed in recitals in Boston and New York, and released CDs under the Parma, Harmonia Mundi, and Steinway labels. Chen proposes to use his fellowship, in part, to make a down payment for a piano. He was awarded funding for two years.