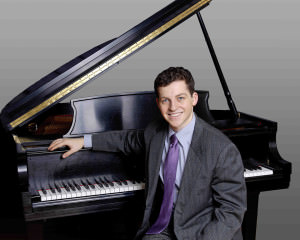 Originally from Cape Elizabeth, Maine, Henry Kramer is a budding presence on the concert stage both nationally and internationally. A winner of Astral Artists’ 2014 National Auditions, Mr. Kramer was also a top prizewinner in the 2010 National Chopin Competition, the 2011 Montreal International Music Competition, and the 2012 China Shanghai International Piano Competition, as well as the recipient of the Harvard Musical Association’s 2014 Arthur Foote Award. As the winner of the 2015 William Petschek Award from The Juilliard School, he made his New York recital debut at Alice Tully Hall in May, 2015.

Mr. Kramer has appeared as a soloist with the Shanghai Philharmonic, the Bilkent Symphony Orchestra in Ankara, Turkey; in Liszt’s Concerto No. 1, the Portland Symphony Orchestra in Mozart’s Piano Concerto No. 21, the Orchestre Métropolitain du Montréal in Ravel’s Concerto in G Major, and the Yale Philharmonia in Prokofiev’s Concerto No. 2. In the spring of 2012, he made his European debut in solo recital at Amsterdam’s Concertgebouw. His performances have been broadcast on National Public Radio, WMFT Chicago, WQXR in New York City, CBC Radio-Canada, and online at MEDICI.TV.

An engaging chamber musician, Mr. Kramer has been featured in performances at Lincoln Center, and he has participated in the Steans Institute at the Ravinia Festival, the La Jolla Music Society’s Summerfest, and at the Verbier Festival Academy, where he received the Tabor Foundation Prize in piano.  Recently, he appeared on Ravinia’s Steans Music Institute tour, which included performances at Boston’s Isabella Stewart Gardner Museum and New York’s Morgan Library, as well as an unprecedented appearance in Havana, Cuba, as a cultural ambassador.

Mr. Kramer holds both a Master’s and a Bachelor of Music degree from The Juilliard School, where he studied with Robert McDonald and Julian Martin. He recently completed an Artist Diploma degree with Boris Berman at the Yale School of Music, where he received the Charles S. Miller Prize for the most outstanding first-year pianist. He is currently pursuing doctoral studies at the Yale School of Music.