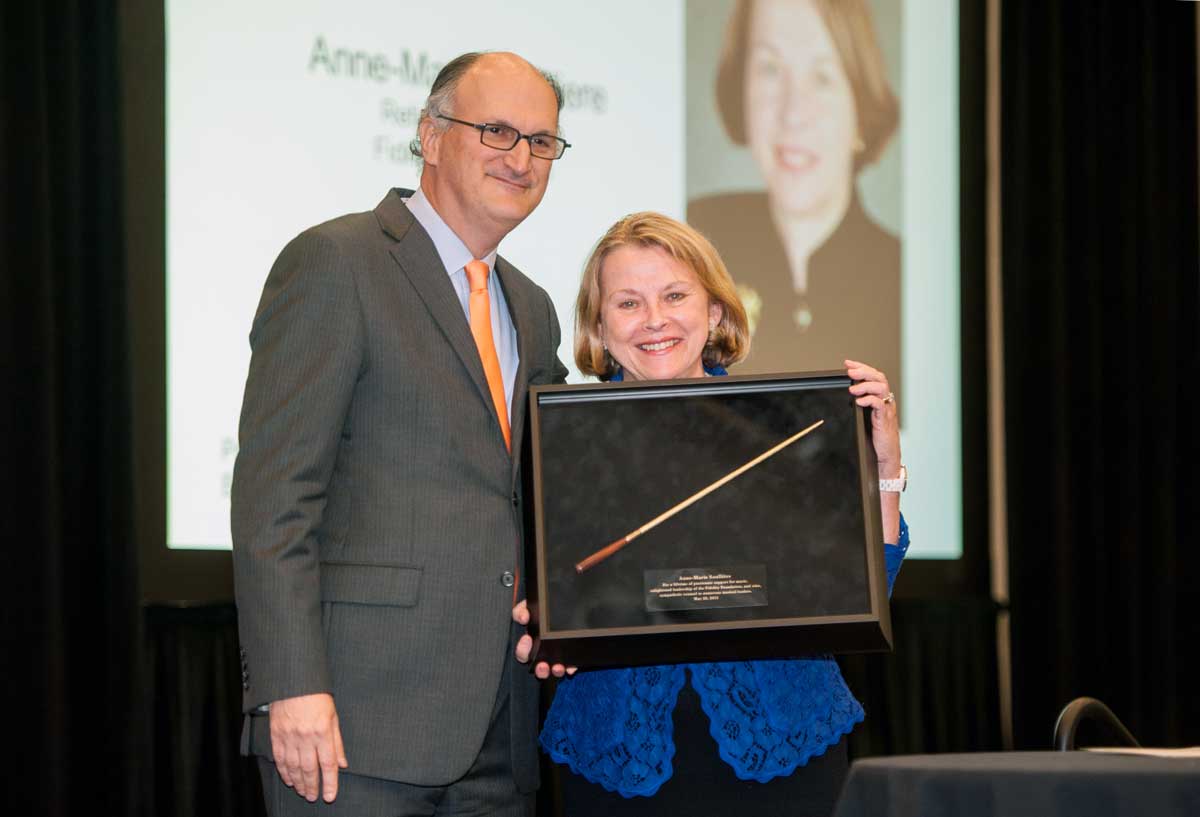 Anne-Marie Soullière, a member of the Yale School of Music's Board of Advisors, was awarded the Gold Baton at the League of American Orchestras’ recent conference.

Soullière is the retired president of Fidelity Foundation. Her relationship with the Yale School of Music began in 1970 with a secretarial job and has grown immensely since then: in addition to serving on the Board of Advisors, she is also a member of the Battell Stoeckel Trust, the fundamental source of support of the Yale Summer School of Music/Norfolk Chamber Music Festival.

Robert Blocker, dean of the Yale School of Music, said: "Anne-Marie has been and remains a dynamic advocate for music.  We are most  fortunate to have her wisdom and vision as a charter member of our Board of Advisors.”

Given annually since 1948 for distinguished service to America’s orchestras, the Gold Baton has recognized individuals and institutions whose far-reaching contributions to the field serve to champion and advance the cause of orchestras and symphonic music throughout the country.

The League of American Orchestras leads, supports, and champions America’s orchestras and the vitality of the music they perform. Its diverse membership of approximately 800 orchestras across North America runs the gamut from world-renowned symphonies to community orchestras, from summer festivals to student and youth ensembles. The only national organization dedicated solely to the orchestral experience, the League is a nexus of knowledge and innovation, advocacy, and leadership advancement for managers, musicians, volunteers, and boards. Its conferences and events, Symphony magazine, website, and other publications inform music lovers around the world about orchestral activity and developments. Founded in 1942 and chartered by Congress in 1962, the League links a national network of instrumentalists, conductors, managers and administrators, board members, volunteers, and business partners.

Read more about Soullière in the Spring 2014 issue of Music at Yale, the School of Music's alumni magazine.