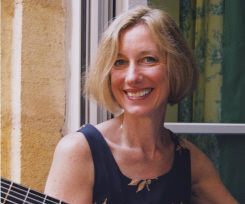 She also recently received an award from Harvard University for excellence in teaching, reflecting student evaluations in a course on Renaissance music in which she taught students to play the viola da gamba.

More about Laura Jeppesen
As a teacher of the viola da gamba, Ms. Jeppesen specializes in music of the French Baroque, and is an exponent of the composer Marin Marais (1656-1728). Ms. Jeppesen teaches viola da gamba at Boston University, Wellesley College and has a private studio.

Ms. Jeppesen is principal violist of Boston Baroque and plays viola and viola da gamba with many Boston-based ensembles including The Boston Early Music Festival Orchestra, The Boston Museum Trio and The Handel and Haydn Society.