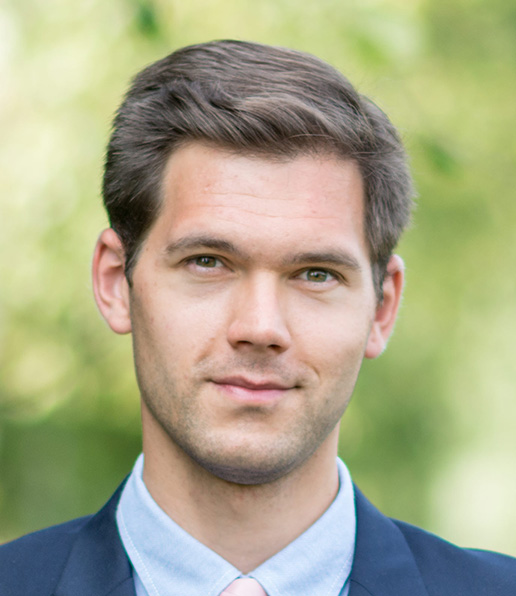 Robert Bennesh '14MM '15AD, director of music at the Church of Sweden in Skanör-Falsterbo, has founded the Festival of Sacred Arts, which will launch its first season on August 11. Located in Bennesh's home parishes in Skanör-Falsterbo, the festival seeks to provide a space in which music of various genres, art, drama, poetry, and nature intersect. The four-day event features 13 concerts, eight lectures, and other performances and exhibitions.

The festival's name is inspired by the Yale Institute of Sacred Music, where Bennesh did course work while he was a student at the Yale School of Music. "The artistic idea of the festival is to inspire the visitor to seek for the sacred in different art forms, in conjunction to each other, and in relation to nature," he said. "What one finds sacred is highly personal and we hope this will be the starting point for interesting discussions."

Since his appointment to the Church of Sweden in the fall of 2015, Bennesh has been developing a unique music program at the two medieval churches of Skanör-Falsterbo. Through grants, he has raised approximately $80,000 to develop the festival, forming partnerships with the local and provincial governments as well as other parishes, the diocese, various businesses, and individuals.

Bennesh said he is "hoping to continue building on the strong connection with Yale and provide a stage for graduates in Scandinavia." To that end, Yale ISM faculty member Mark Miller '89BA will perform and lead workshops along with his band Subject to Change. Recent Yale School of Music graduates including Molly Netter '14MM, Samuel Suggs '14MM, Douglas Perry '14AD, and Jonathan Allen '13MM '14AD have also been invited to perform.

At Yale, Bennesh studied organ performance with Thomas Murray and improvisation with Jeffrey Brillhart. While in New Haven, he served as the organ scholar at Christ Church. Prior to moving to the United States, he completed his bachelor's degree at the Royal Danish Academy of Music and his master's degree at the Malmö Academy of Music. In Sweden, Bennesh studied with such notable organists as Hans Fagius, Bine Bryndorf, Hans Hellsten, and Anders Johnsson. Yale awarded Bennesh the Julia R. Sherman Memorial Prize for excellence in organ playing and the Mary Baker Scholarship in Organ Accompanying. He was the recipient of scholarships from the Swedish Royal Academy of Music, Pro Fide et Christianismo, and the Swedish Organ Society.