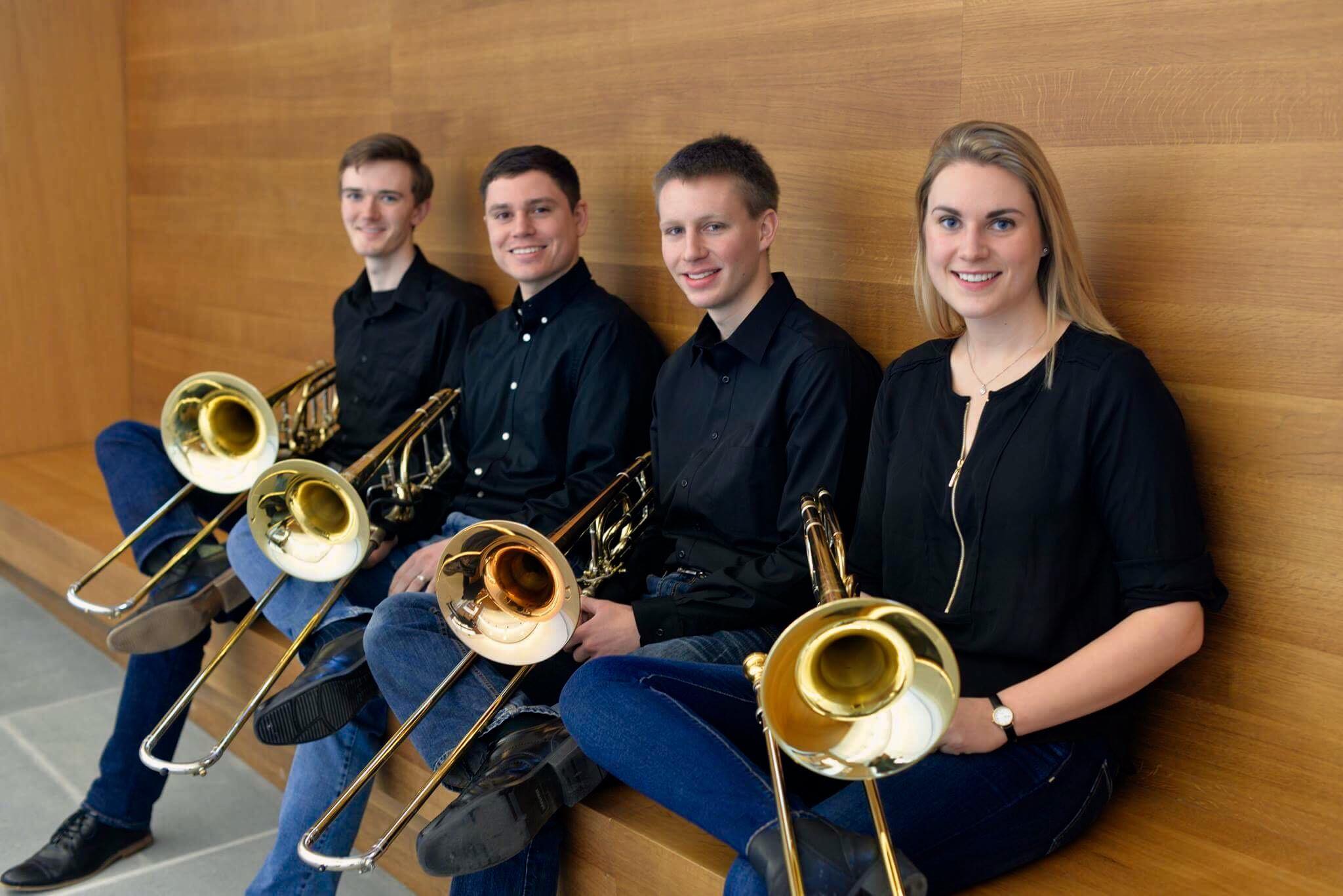 Meet YSM student Wil Wortley ’18MM (second from right), who recently talked with us about switching his focus from euphonium to trombone.

“I’ve kind of had it in my head to focus more on trombone (as opposed to euphonium) since later in high school, because a teacher of mine kept pushing me to do so,” Wil explained. “The two instruments are similar enough that with a little individual practice I was able to play in the trombone choir at Eastman, where I did my undergrad. Eventually, I began taking secondary lessons beginning my junior year as I considered playing trombone more seriously. As grad school approached, I made the transition for a simple reason: There are more job opportunities on trombone than euphonium, although that isn’t saying much. The actual switch has been easy in some ways and difficult in others. The obvious difficulty is the difference in the technique mechanism. Moving a big ole piece of metal back and forth while trying to hit the right spot at the right time is exactly as hard as you’d think it would be. Luckily, the sound production is similar, which allowed me to very easily become an OK trombone player. It’s been much harder to learn some of the subtle differences between the horns, because, in a way, the similarities actually mask some of the differences. My professor here at Yale, Scott Hartman, has been tremendously helpful. We don’t really focus on the fact that I used to play euphonium, which is great. He always looks at what we’re working on from a musical perspective while managing to think about the technique required in a very logical and consistent way. The trick to balancing or integrating those two aspects of music-making is something I aspire to learn.”