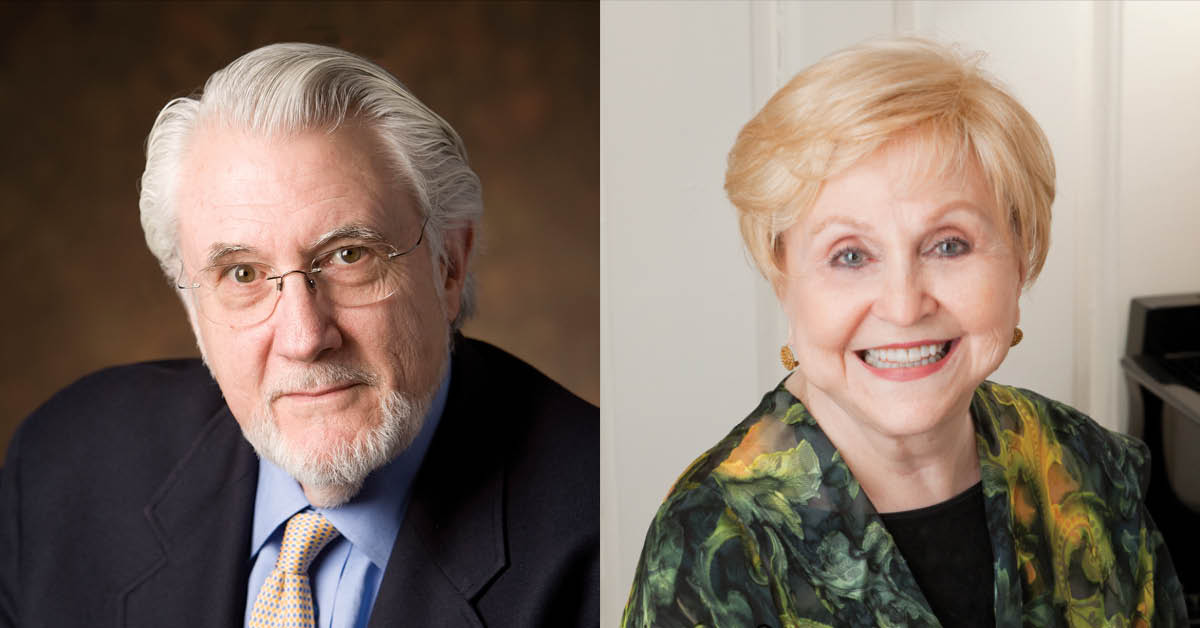 For decades, the Yale School of Music’s voice and opera programs have developed remarkable artists who have graced the stages of the world’s most prestigious venues and performed with celebrated opera companies and instrumental ensembles. Doris Yarick-Cross and Richard Cross, who have served on the School’s faculty since 1983 and 1995, respectively, have been an important part of those achievements. Today, we offer our gratitude to Doris and Richard, who, together, plan to retire at the end of the current academic year. Doris and Richard will teach currently enrolled students through the completion of their degree programs.

“In her initial contract, Doris was given the responsibility of establishing a professional opera program in the School of Music,” YSM Dean Robert Blocker said. “With her vision and leadership, Yale Opera has become an internationally renowned program where singers come to launch their careers as vocal artists.” Richard’s “inimitable teaching style and gift for languages has given generations of Yale Opera students unparalleled lyrical training,” Blocker said. “In partnership with Doris and our other stellar voice faculty and staff, Richard has played an essential role in shaping the lives of hundreds of ascendant singers.”

Soprano Jessica Pray ’17MM talked about the camaraderie fostered by the Crosses at YSM. “Doris once mentioned to me how amazed she is that every year the opera students form such close friendships,” Pray said. “During my own two years, I found this to be undoubtedly true. Yet so much of this closeness is actually fostered by Doris and Richard, who invest themselves completely into the success of their singers, going to great effort to allow each singer to shine and feel valuable and necessary to the collective success of Yale Opera. The legacy they have passionately worked to create will continue on in the singers whose lives and careers they have enriched over the years.”

Each year, Yale Opera has staged memorable and thought-provoking productions at New Haven’s historic Shubert Theatre under such acclaimed directors as Chas Rader-Shieber, Dustin Wills, Vera Lúcia Calábria, Ted Huffman, Michael Gieleta, Louisa Proske, Marc Verzatt, and Justin Way. Productions including The Magic Flute, Così fan tutte, A Midsummer Night’s Dream, La Bohème, and others have introduced audiences to the opera stars of tomorrow and have given those ascendant artists a platform from which to launch successful careers. Additional annual performances at Yale have included programs of opera scenes, fully staged productions in Morse Recital Hall, and art-song recitals, all of which have showcased the breadth of a program that has long been admired around the world.

Doris and Richard arrived at Yale as distinguished artists. Doris, a soprano, made her debut under the baton of Leopold Stokowski at the New York City Opera in Monteverdi’s Orfeo and became a favorite at the Santa Fe Opera, where she sang the role of Anne Trulove in The Rake’s Progress and Parasha in Mavra under the direction of the composer, Igor Stravinsky. Doris also appeared with the New York Philharmonic and the orchestras of Pittsburgh, Seattle, Montreal, Québec, and Minneapolis, and in recital around the United States. Writing for The New York Times in 1986, Bernard Holland praised Doris’ “intelligence and ardor” and “the pointed sensitivity” of her singing.As Director of the Yale Opera, Doris has contributed much to the art form, establishing the program as a conduit through which the next generation of vocalists has reached the stages of the Metropolitan Opera, Covent Garden, La Scala, and other renowned houses. “I loved having a singing career,” Doris said. “But what I’ve done here, I’ve loved the most.”

Bass-baritone Richard Cross made his professional opera debut in the world premiere of Lee Hoiby’s The Scarfat the first Festival dei Due Mondi in Spoleto, Italy. He subsequently sang the role of Donato in Maria Golovinat the work’s premiere at the Brussels World’s Fair in August 1958.“The find of the production,” The New York Times’ Howard Taubman wrote, “is Richard Cross.” Richard’s career has been marked by performances alongside such iconic artists as soprano Joan Sutherland, and by appearances at the Deutsche Oper Berlin, Staatstheater Stuttgart, Hamburg State Opera, Teatro Lirico Giuseppe Verdi, Hungarian State Opera House, New York City Opera, and Washington Opera, among others, and in recital and as a concert soloist in the United States and beyond.

“I owe my entire technique, work ethic, and love of singing to my only voice teacher, Richard,” bass-baritone Christian Van Horn ’02MM ’03AD said. “He accepted me as a student when I had little to offer, and he pushed me to the highest levels over the 20 years that have followed. My time at Yale under the guidance of both Richard and Doris imparted in me a focus and confidence to perform at any level; and, frankly, I still aim to earn the Cross seal of approval! They have continued to support me tremendously over the years—as mentors, teachers, and friends—for which I am eternally grateful.”

We are indebted to Doris and Richard for their devotion to our students, the School, and the art form. “Congratulations to these legendary educators on a legacy that will be impossible to match,” bass-baritone Dashon Burton ’11MM said.