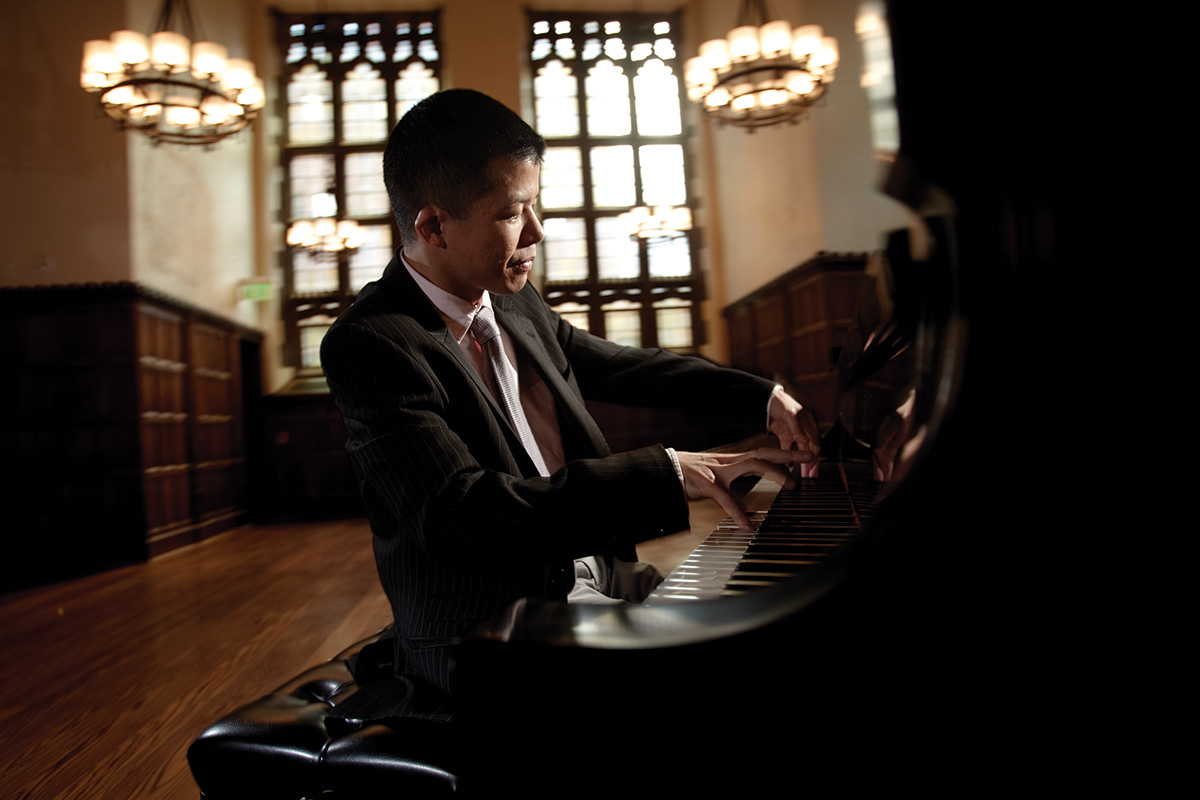 On Wednesday, Nov. 7, faculty pianist Wei-Yi Yang ’95MM ’96AD ’99MMA ’04DMA will perform an all-Schumann program that includes the composer’s Kinderszenen, Kreisleriana, and Fantasie in C major. We spoke with Yang about the repertoire and his approach thereto.

Q: What is your connection to Schumann’s music? What about his piano writing resonates with you and why (if that can be articulated)? How and why did you choose these three works?

A: I always have a special place in my heart for Schumann’s music. Right now, my heart is saturated with it. Schumann’s obsessive, at times possessed, ways of expressing his emotions never fail to amaze me. I find it helpful to approach the heart of his music by approximating the obsession that drove him. I return repeatedly to his lieder and movements from his chamber music to mine his creative energy — though it was the piano that served as the extension of his soul in his earlier period. Inspired by his forlorn love for Clara and the difficult circumstances surrounding their forced separation, these opuses are Schumann’s ultimate love letters to her. Deciphering such personal and intimate pieces requires a certain psychological projection; it is uneasy study and work, but personally, I find a certain voyeuristic pleasure in this effort.

Q: What do these pieces require of you, physically (technically), mentally, and emotionally?

A: So much of this music is spurred by fragility, obsession, and whimsy, but at its heart lies one of the most challenging interpretive aspects: it is the portrayal of loneliness. In handling the many varied moments of heightened intensity, the succession of moods requires enormous imagination and sound resources. Often, I remind myself in practice: the hands need to move, but the ears need to move faster.

Q: These pieces were written during the same period. What do they tell us about Schumann’s life and work at that point? This music is informed by E.T.A. Hoffman’s Kreisler, inspired by the work of Beethoven, dedicated to Liszt and Chopin, and reflective of Schumann’s feelings for Clara. What do they require from an audience?

A: Schumann had a voracious appetite when it came to his attention to literature. In many ways, this repertoire represents his diary or love letters to Clara in musical form; I would further liken these pieces to three types of literary manifestation: if Kinderszenen were a collection of haiku miniatures, then Kreisleriana would be a novella rooted in violent schizophrenia, while the Fantasie represents an arching epic. Shifting between desires, fears, resignation, make-believe triumph, and longing, these are deeply personal works that cover enormous emotional terrain and can only be defined, and united, by conflicts between dreams and reality and mood swings. As a performer, I find it necessary to feel open and vulnerable, and let all guards down; as for the listeners, I would recommend the same.