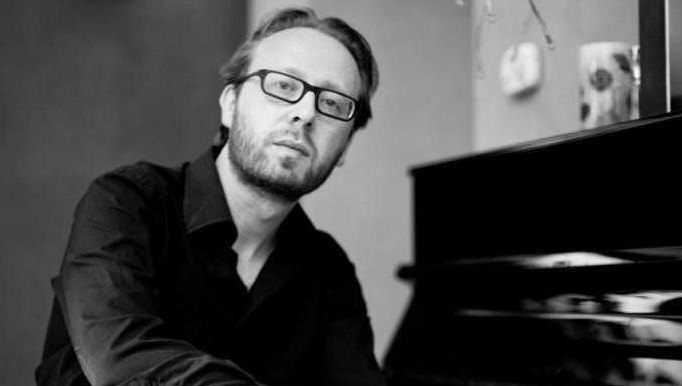 Pianist Roberto Prosseda will perform a program music by Mozart, Mendelssohn, and Schubert on a Feb. 13 Horowitz Piano Series recital.

We recently spoke with Mr. Prosseda about modern modes of communication, musical expression, and the repertoire he'll perform here at Yale.

Q: You’ve found benefits in modern modes of communication and talked about the importance of direct, in-person experience. “Today we tend to live through too many filters: for many people it now comes more naturally to communicate their states of mind and everyday experiences through social networks, rather than by meeting a friend directly in person,” you’ve written. “Live music, both for those who play and those who listen, is an experience of far greater depth, able to open channels of communication that are profound and direct.” Would you talk about how we, as artists and audience members, should use the tools at our disposal and when we should put them down?

A: Tools such as the internet and smartphones are very useful also for musicians, of course. For example, we have the possibility to find rare scores online (also browsing the digital catalogues of several libraries), or to compare several recordings of the same piece using streaming services: they are invaluable resources that past generations could not use.

But today there is a concrete risk that we become slaves to our smartphones and lose the ability to keep our concentration and to enjoy “real life”: a coffee with a friend is a much more rewarding experience than a Facebook chat with the same friend. In the same way, a live concert is not comparable with a CD, and a live piano lesson is something completely different from watching a master class on YouTube. To prevent the risk of being addicted to smartphones or social media, I suggest to my students some “digital detox” during practicing sessions, switching off the mobile phone and the computer, as we do when we attend a concert.

Q: Technology has been an area of interest to you. To that end, you conducted an experiment with a robot-pianist called Teo Tronico in which you each performed the same piece of music and studied the resulting performances. What did you learn about your own playing and interpretations in that exploration?

A: The project with the pianist robot, Teo Tronico, was conceived to explain the differences between a real “human” interpretation and a literal reading of the score. Comparing my own playing with the mechanical performances of the robot was a good way for me to become more aware of those differences, and to deepen the research towards the dramaturgic and poetical elements of music—something that a robot is not able to achieve, yet.

Q: You’ve written, “A cold and calculated performance in which the only aim is to avoid mistakes will prove much more ‘wrong’ than a spontaneous, profound and not faultless performance.” In what ways do you apply this lesson to your own practice and playing and how do you communicate this idea to students who might aspire to a kind of “performance perfection”?

A: The above mentioned robotic performances should never be a model for us, but nevertheless there are students who think that “perfection” consists in just playing the right notes, literally respecting what is written in the score. From my point of view, the priority in making music is the intensity, depth, and sincerity of our musical expression. “Reading the score” also means knowing all the historical conventions, the meaning of each gesture corresponding to the indications written in the score. A wrong note played with the “right expression” is much better than a right note played with a wrong expression. But, while the score indicates the right notes in an incontrovertible way, the “right expression” is something that also relates to our own sensitivity, culture, and even creativity. And the same sign on the score (a staccato dot, or a slur) can have different meanings according to the context.

When we perform a composition, we are at the same time film directors, actors, and photographers. It is fundamental to be aware of states of mind, expressive attitudes, dramaturgy, and rhetoric. Often, during lessons, I like to talk about the “depth of field” between the theme and the accompaniment, about the “focus” of a given melodic contour, of the temporal and spatial distance of the themes. The piano is, in fact, also a time machine, as it can “set” a theme in the present, the past, or the future, also defining the context in which it appears (reality, dream, memory, hope, illusion).

Q: Many of your projects have included an interdisciplinary element. Have these been informed by your curiosities, a desire to offer audiences something unique, or both?

A: When Franz Liszt, about 180 years ago, invented the format of the “piano recital,” this was a great innovation, breaking the traditional schemes and improving the connections between artist and audience. But I am quite sure that if Liszt were performing today, he would not give a piano recital in the way we are used to. The piano recital still works perfectly for audiences who are used to listening to classical music (and I still give about 30 piano recitals per year for those audiences), but there are alternative ways to present classical music in live formats, which fit better for other kinds of audiences.

As a performing artist, I feel a responsibility to deliver a social and cultural service also to “the rest of the world.” There are millions of people who use Facebook and YouTube but will never enter a classical music auditorium if first we don’t help them “taste” and discover the intensity of a live classical music concert. Using multimedia formats or video teasers online can be an effective way to reach a wider audience and to give them the tools to understand and enjoy classical music.

Q: What is it about Mendelssohn’s music that’s been of particular interest to you?

A: I’ve always felt a close affinity with Mendelssohn’s lyricism. His music expresses a very wide range of moods, always keeping a perfect balance between complexity and freedom. I very much like Mendelssohn’s ability to write complex musical textures, never losing his unique linearity and rhythmical energy that are trademarks of his style. Then, I have always felt a special attraction for the “musical discoveries”: the piano repertoire still presents many unknown masterworks, and Mendelssohn’s piano output is, incredibly, lesser known than the one of Schubert, Schumann, or Chopin.

For this reason, about 20 years ago I started researching Mendelssohn’s rare and unpublished pieces and got more and more enthusiastic about his music. After my first two CDs dedicated to Mendelssohn’s unpublished piano works were released, I started performing and recording the rest of his piano production, as even some published works are still quite unknown to the public and are seldom recorded. In the meantime, more unpublished manuscripts came to light, and in 2009 Breitkopf & Härtel published the new Mendelssohn Thematic Catalogue (MWV) by Ralf Wehner, which is now the reference for any Mendelssohn scholar. In recent years I’ve gradually completed recordings of Mendelssohn’s piano works, now released by Decca in a 10-CD box set. Soon after the release, I learned about a new discovery: a “Kleine Fuge,” MWV U 96, which was found among the papers of Mrs. Henriette Voigt (dated September 18, 1833). Of course, I recorded it as well, and it was digitally released worldwide on February 1.

Q: The program you’ll perform here at Yale features repertoire that was written over a 50-year period, roughly. What did this period yield in terms of innovations in the piano repertoire and the instrument itself? What do you hear of the period and the region in this particular repertoire?

A: Those 50 years have probably been the most intense ones in the history of piano. Between 1785 and 1835, in fact, composers such as Haydn, Mozart, Clementi, Beethoven, Schubert, Mendelssohn, Schumann, Chopin, and Liszt gave their contributions to the evolution of the piano and its repertoire. The instrument had a very fast and radical evolution: the keyboard range expanded from five octaves to seven octaves and more; the action also underwent drastic developments, as did the sound production, thanks to the increased tension of the strings and the different materials used for the hammers and the other parts of the instrument. The piano language evolved in a parallel way, as composers themselves pushed piano makers to experiment with new models, and at the same time the possibilities offered by the newly built pianos inspired the composers to innovate their own ways to write for piano.

For my recital, I chose the three composers to whom I’ve dedicated most of my studies: Mozart, Mendelssohn, and Schubert. The recital will open with two of the most revolutionary piano works written by Mozart: the Fantasia K. 475 and the Sonata K. 457 in C minor, published together as a diptych in 1785. Here, Mozart is very radical in using chromatic harmonies and experimenting with deep contrasts, which make this music incredibly dramatic and modern. After the Mozart I will continue with two of Mendelssohn’s masterworks: the Fantasia Op. 28 and the Rondo Capriccioso, along with some of my favorite Lieder ohne Worte. The concert will end with Schubert’s Four Impromptus Op. 90, written in the last year of his life (1828). The No. 1 in C minor has several elements in common with Mozart’s Fantasia K. 475. It will be interesting to compare the way Schubert uses similar harmonic and rhythmical patterns to reach completely new poetic results.