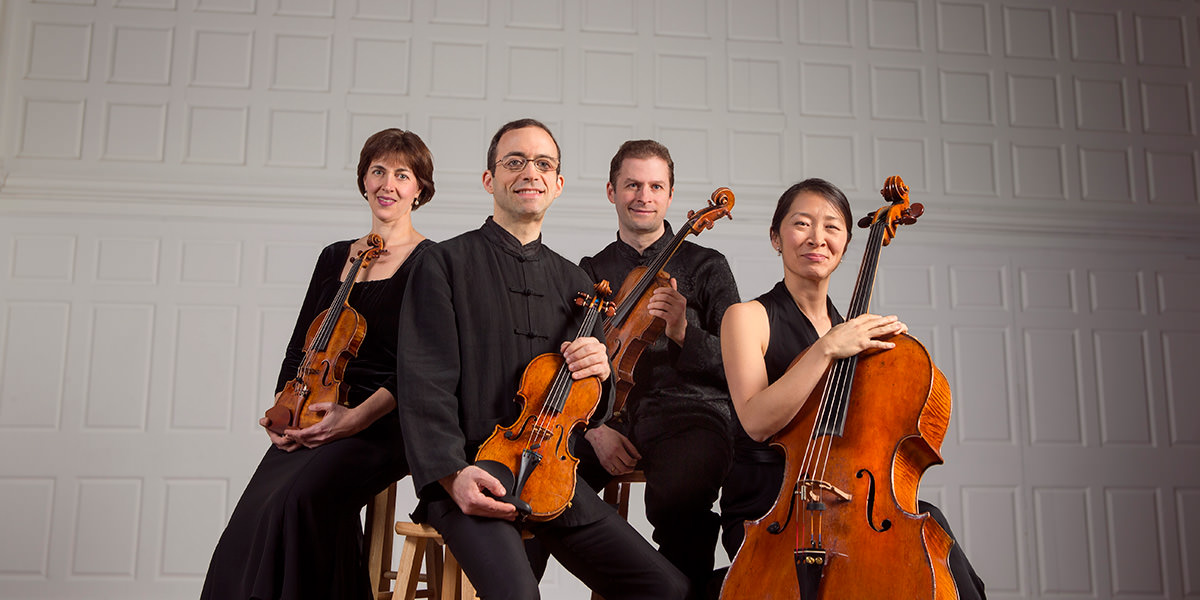 Faculty composer Martin Bresnick’s String Quartet No. 4 was inspired—instigated is perhaps a better word—by the poetry of Wallace Stevens, including The Planet on the Table. “In this string quartet, also entitled The Planet on the Table, my planet is made of the music and sounds of a remembered time or of something heard that I liked,” Bresnick explains, borrowing from and sharing the first stanza of the title poem’s text: Ariel was glad he had written his poems, They were of a remembered time Or of something seen that he liked. “The quartet has five movements, each headed by a quotation from one of Stevens' poems as a point of departure or pathway into those remembered sounds and music,” Bresnick explains.

In The Planet on the Table, “Stevens … speaks through the character of Ariel from The Tempest,” Brentano String Quartet violinist Mark Steinberg writes in his program notes. “Martin Bresnick’s quartet is a ‘musical meditation’ on this poem, on the transformational value of art, the power of the creative act.” The piece was commissioned for the Brentano String Quartet and received its premiere in March.

Bresnick tells us: “Stevens wrote [that] it was not important that his poetry survive, which is also true of my work.” Stevens’ poetry did survive, of course, as it was read and shared, just as Beethoven’s music has survived through performance and as Bresnick’s work will through the musicians, organizations, and audiences with whom it resonates.

The Brentano String Quartet, the Yale School of Music’s ensemble-in-residence, will perform The Planet on the Table on a September 24 Oneppo Chamber Music Series program that also includes Beethoven’s String Quartet No. 15 in A minor, Op. 132. The program will also feature readings of Stevens’ work by the poet (by way of a recording) and by writer and editor Christian Wiman, who teaches at the Yale Institute of Sacred Music and the Yale Divinity School. During the Beethoven, lines of text from Steven’s poems will be projected above the stage.

Just as Bresnick has found inspiration in the work of Wallace Stevens, among others, Stevens, as countless artists have before and since, felt connected to Beethoven’s music. Thus the pairing on this concert program of The Planet on the Table with Beethoven’s String Quartet No. 15. It's a program that explores "the power of the creative act," as Steinberg describes the artistic process—the reach, across time and discipline, of inspiration. Countless artists have lit fires under countless others. Here, the Brentano String Quartet presents three who are connected by, and connect us to, the "transformational value of art."