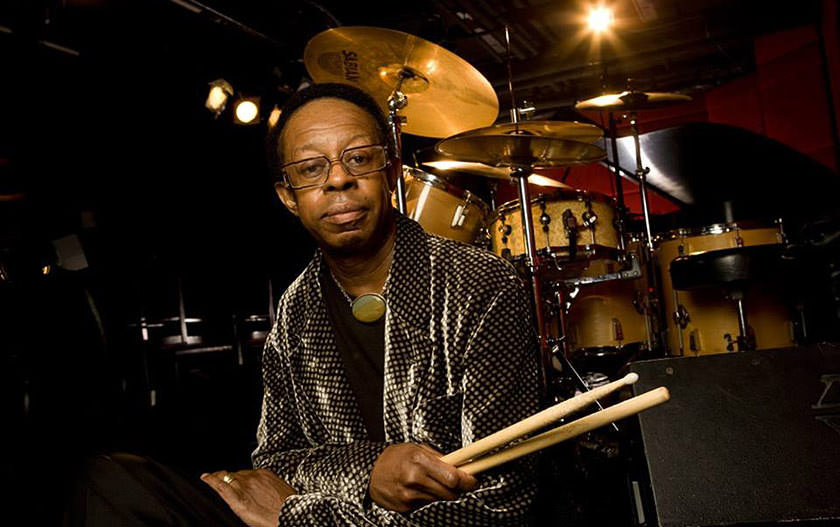 In 1956, teenage drummer Louis Hayes joined a new quintet led by pianist Horace Silver. While Hayes had found early success in Detroit playing alongside Kenny Burrell, Yusef Lateef, and Doug Watkins, Silver was in New York developing the hard-bop style, having already worked with the likes of Stan Getz, Miles Davis, and the Jazz Messengers with Art Blakey.

The Washington Post described Silver’s stylistic leanings this way upon his 2014 passing: “When other jazz musicians were becoming more and more esoteric, reaching levels of musical abstraction where few listeners would follow, Mr. Silver remained grounded in the traditions of gospel and the blues. ... ‘They got so sophisticated that it seemed like they were afraid to play the blues, like it was demeaning to be funky,’ Mr. Silver told Newsday in 1994, describing his populist musical approach. ‘And I tried to bring that. I didn’t do it consciously at first. But it started to happen.’”

Silver didn’t reimagine the jazz landscape alone. Those who played in his band were part of the new sounds. For Hayes, playing with Silver was an entrée to working subsequently alongside such iconic artists as Cannonball Adderley, Freddie Hubbard, and Oscar Peterson. The list of musicians with whom Hayes has worked is almost surreal and includes John Coltrane, Dexter Gordon, Freddie Hubbard, Thelonious Monk, Wes Montgomery, and McCoy Tyner, among others. “Look who he’s played with,” Ellington Jazz Series Artistic Director Thomas Duffy said. “Everybody.” “His oxygen was being breathed by all the greats,” Duffy said. Putting it another way, Duffy asked, “What do all these people have in common?” Louis Hayes.

Hayes comes to Yale on Friday, November 15, to perform a program called Serenade for Horace, the name of the 2017 album its label, Blue Note Records, described as “his splendid tribute to his mentor and friend.” Hayes told Blue Note that Silver said, “Louis, you are a part of my legacy.”

Of Hayes’ 2017 tribute album, DownBeat said, “Serenade for Horace isn’t just homage paid to a jazz great; it’s also a testament to the vitality of Silver’s songbook.” All About Jazz offered, “(Hayes) brings together a group of seasoned, dedicated musicians to honor Silver, not by imitating or outdoing him, but by playing his music with great fidelity to Silver's ideas and the hard bop period which he helped to innovate.”

Drummer Louis Hayes' quintet will perform an Ellington Jazz Series program called Serenade for Horace on Friday, November 15, at 7:30 p.m., in Morse Recital Hall. Free student-rush tickets will be offered at the box office for students in college and K-12 with a valid ID. Tickets will be distributed starting 30 minutes before each concert. One ticket per ID, subject to availability.