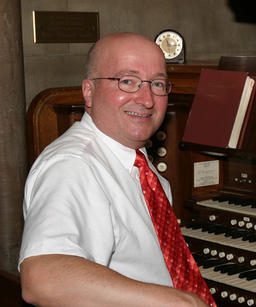 Walden Moore graduated from the Yale Institute of Sacred Music/Yale School of Music in 1980, after organ studies with Robert Baker and Gerre Hancock. He has been organist and choirmaster of Trinity Church in New Haven since 1984, where he works with the renowned Choir of Men and Boys, the Choir of Men and Girls, and the parish mixed-adult choir in a regular schedule of parish services and outside appearances. He has served as clinician, guest conductor, and organist for choir festivals across the nation.

Moore was previously chair of the Music Commission of the Episcopal Diocese of Connecticut and has served on the Executive Board of the Connecticut Chapter of the American Choral Directors Association. He has also served as a consultant in organ design for several churches in Connecticut. Since 2007, he has been team-teaching a course in service playing at the Institute of Sacred Music with fellow Robert Baker student Mark Miller.