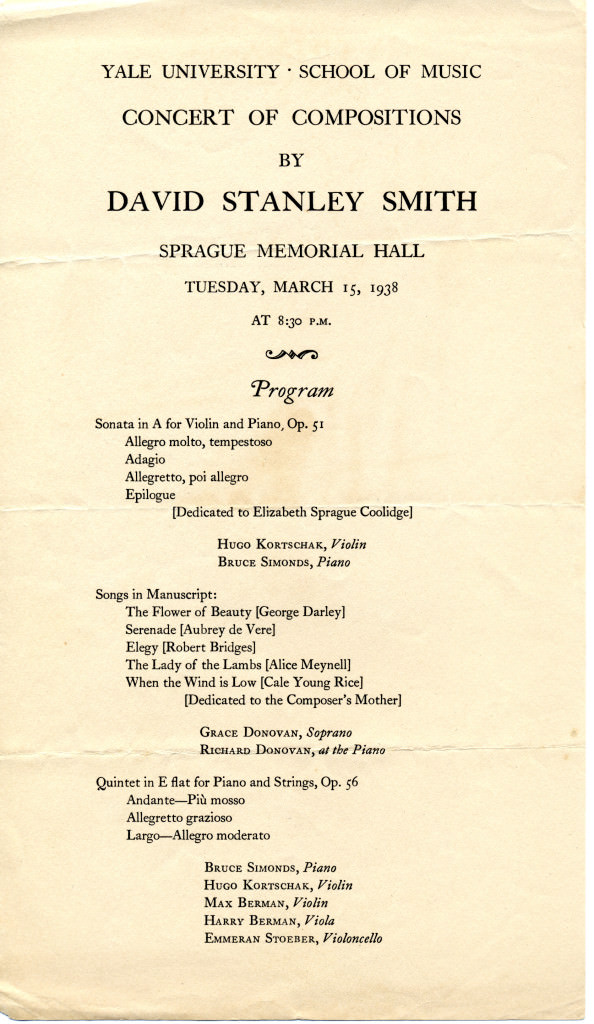 David Stanley Smith spent much of his musical life at Yale, where he studied with Horatio Parker and was friends with Charles Ives. Later in his career, he taught music history at the university. In 1920, he succeeded his old mentor Parker as dean of the School of Music and conductor of the New Haven Symphony Orchestra (when it was closely integrated with the university).

After his undergraduate studies, Smith studied in Europe with Thuille and Widor. He was awarded honorary doctorates by Northwestern University and the Cincinnati Conservatory of Music, and in 1910 he was elected to the National Institute of Arts and Letters.

Born in Ohio, Smith studied harmony, counterpoint and organ in Toledo before moving to New Haven. This concert program dates from 1938, well into Smith's tenure as dean of the Yale School of Music.