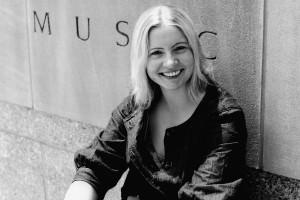 "It was the consensus of the judges," they wrote, that Carey's "performance reflects the depth of interpretation, musicality, and technical expertise needed to distinguish one’s self in the world of professional performance."

Carey will perform in the Winners’ Recital on Sunday November 21, 2010 at 1:30 pm in Weill Recital Hall at Carnegie Hall.

Margaret Carey was a winner of the 2008 Woolsey Hall Concerto Competition and performed the Bartók Viola Concerto with the Yale Philharmonia in January 2009. She is also the grand-prize winner of the CMC viola competition at the XXXIV International Viola Congress in Montreal in 2006, and a prize winner at the Johansen International String Competition, a semi-finalist at the Irving Klein International String Competition, the winner of a Johann Strauss Foundation scholarship for studies at the Sommerakademie Mozarteum (Salzburg, Austria), and the recipient of a Canada Council Grant for Professional Musicians.