An Emotional Education through Music

These remarks are adapted from a talk given on August 18 at the final event of the second annual Morse Summer Music Academy on August 18. The Academy's 51 students, who are in grades 5 through 11 in the New Haven Public Schools, undertook four weeks of intensive music instruction at the Yale School of Music. Families of the students were involved throughout the summer and attended workshops to help them prepare their children for future musical experiences. While addressed to the family and friends who came out for the students’ finale performance at Sprague Hall, Yaffe’s remarks have resonance for parents and educators everywhere. They are particularly apt at this time of economic downturn, when arts programs elsewhere in the nation’s public schools are increasingly considered expendable. 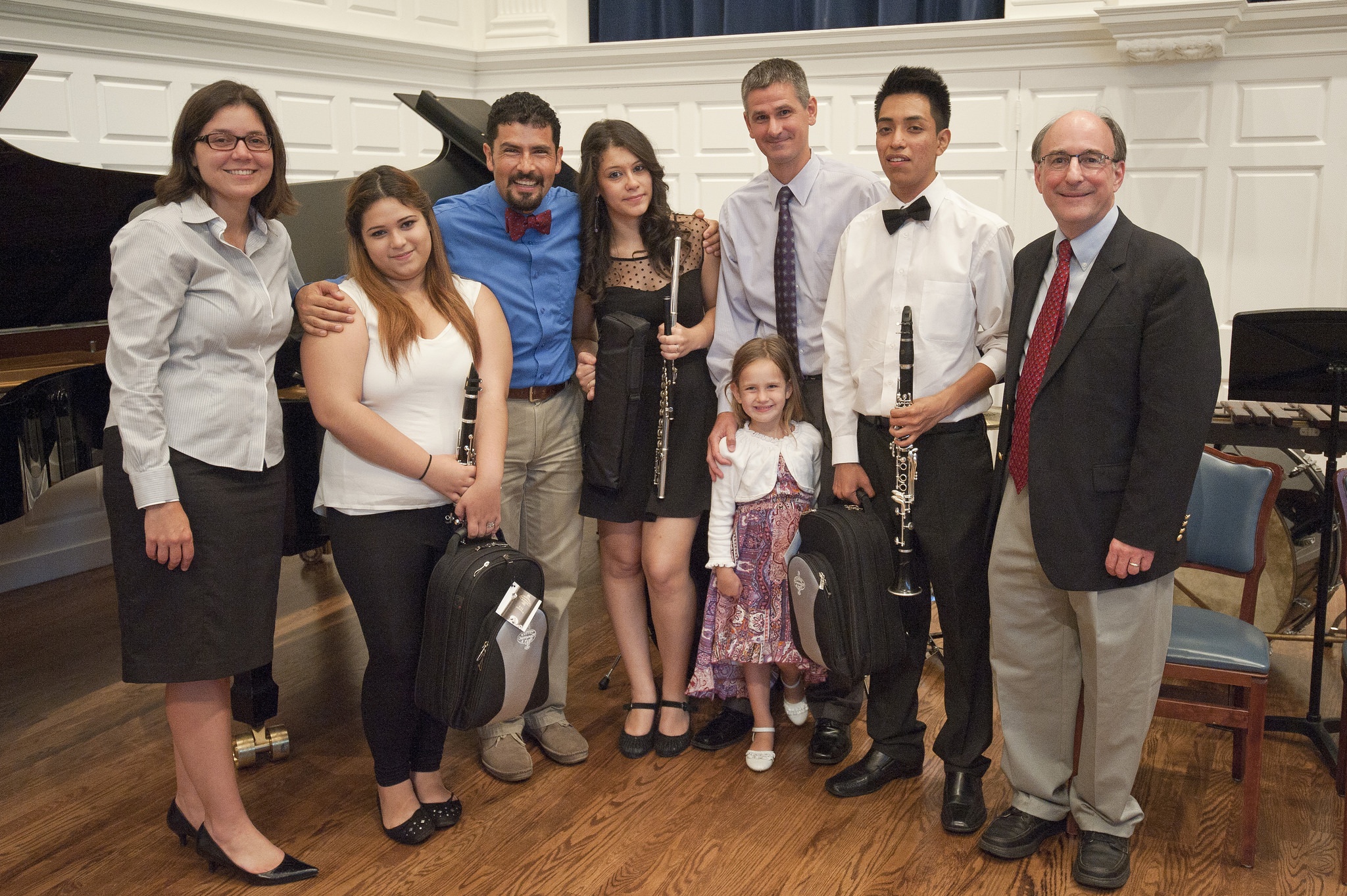 These New Haven students have spent a month in the world of emotions. They’ve learned how to play their instruments better, but they’ve also learned how to express themselves better: that’s what music does. And learning about this as young people is going to affect them all their lives.

What else do I mean by emotion? Well, I could mean being sad. I could mean being so sad that a youngster stays in bed for a week, or doesn’t pay attention to his or her schoolwork. That’s one way of acting sad. But what about playing a particularly soulful piece of music? That’s a much more productive way of dealing with sadness. The first time I walked into the saxophone rehearsal, I almost started to cry – because it was so sad and so beautiful a performance. That seems like a pretty good emotional education.

What about happy? That’s a good emotion. But it can sometimes get kids into trouble when they act out happy by pulling a prank or doing some mindless destruction. Or it could mean goofing musically, like you just heard in the Muppets theme song.

They are getting an emotional education. This is why arts education is so important. And it’s why these students are here this summer. Music is a non-verbal emotional language, and those who use it have the potential to be better people: to express themselves more constructively; to have habits that encourage self-discipline, commitment to task, and teamwork. All this creates an emotional message to communicate to others – in this case, our audience.

So this is very important. All of us in this room need to make sure that these students and countless others get arts education in their lives, in an intensive and full way. I promise you it will make a difference in the world and in their individual lives.

New Haven is showing the way in how music education can strengthen young people and their communities.  The 60 quality music teachers in the New Haven public schools can testify to the fundamental value of the arts for all young people. Their work is complemented by the efforts of the Neighborhood Music School, New Haven Symphony Orchestra, Music Haven, and the Yale School of Music.

Yale has been growing our programs for New Haven music, with more than 300 local young people engaged with our Music in the Schools Initiative during the academic year. This spring saw the debut of the All-City Band, a collaborative musical venture between Yale and the city schools, and the music academy we celebrate today is now completing its second summer. 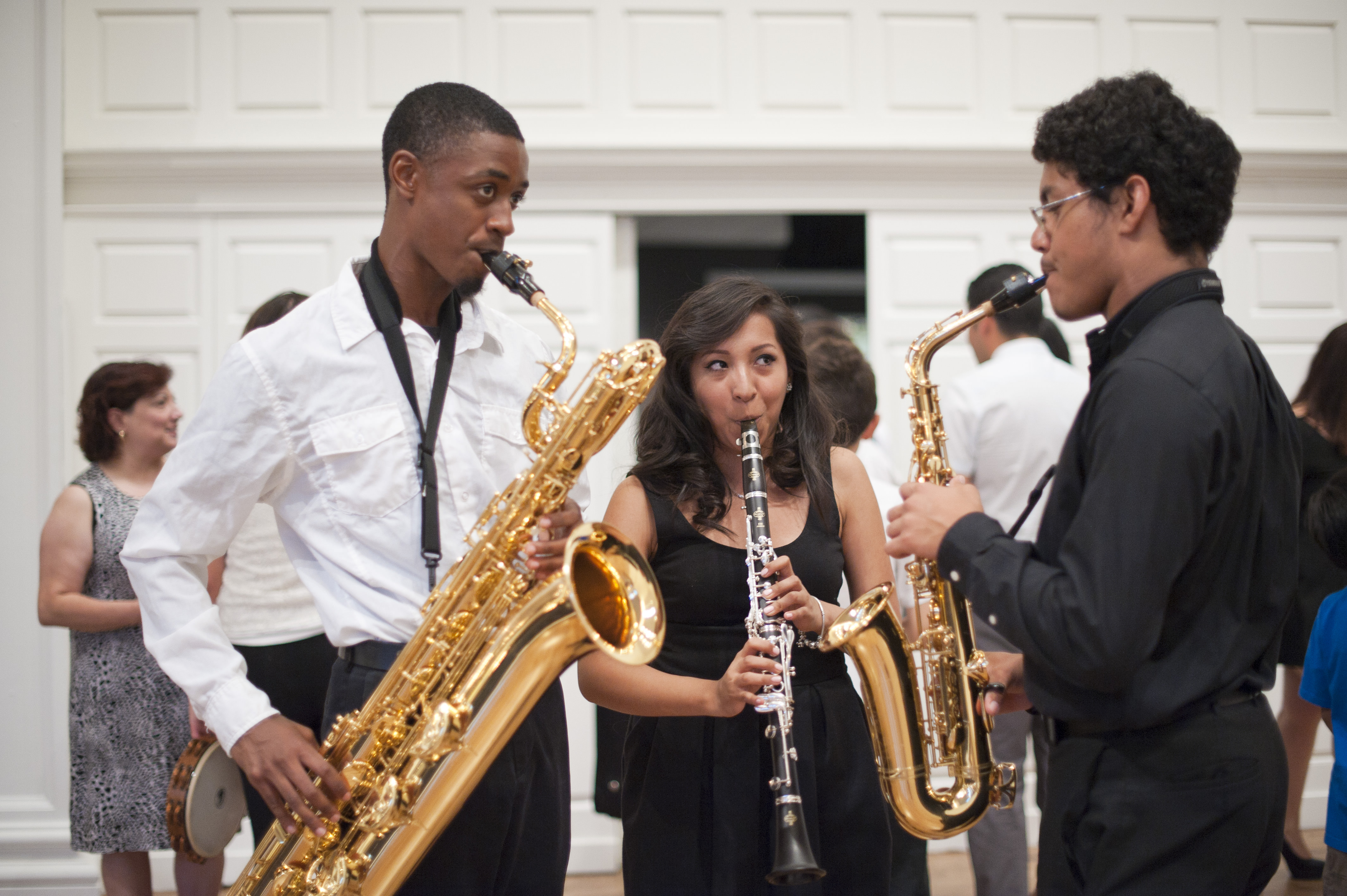 What a month we have had. These individual students are some of the most committed young musicians I have ever seen. They came here for four hours a day of intensive music making, for four weeks – and they keep looking like they are asking for more. Isn’t that a great accomplishment for all of them? They are at varying levels technically, but I have not seen one person on this stage not bring real music to the table. They are learning to express themselves in ways they never imagined. And they will be going back to school this year as musical leaders.

What do I mean by that? They will be more technically proficient, but they also will teach their fellow students about the value of music and emotion. And they will make the music programs in New Haven Public Schools even better, because they care about making music. They understand the impact that music can have on everyone – a family, an audience, a school, and a nation.

You can help them with that mission by making sure that music stays strong in the schools, that music is recognized for its values, and that there are always opportunities to practice it.

Michael Yaffe is Associate Dean of the Yale School of Music.