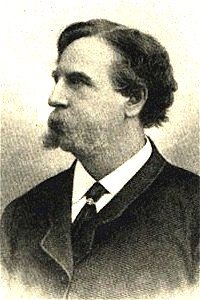 One of the first notable musicians to come out of Yale was Richard Storrs Willis (1819–1900). He graduated from Yale College in 1841 – before the School of Music even existed.

Willis was the president of Yale's Beethoven Society in 1838 and 1840. After graduation he studied music in Germany for six years. His teachers there included Felix Mendelssohn.

Most prolific in writing hymns, Willis is best known for having written the music to “It Came Upon a Midnight Clear.”

After his studies in Germany, Willis returned to America and served as music critic for the New York Tribune, The Albion, and The Musical Times, where he was also the editor for a time. He was a member of the New-York American-Music Association.

Willis founded his own journal, Once a Month: A Paper of Society, Belles-Lettres and Art, which published its first issue in January of 1862.