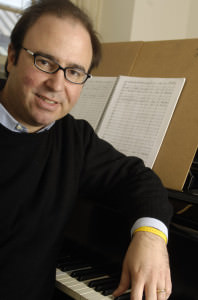 The American Academy of Arts and Letters announced recently the eighteen recipients of this year's awards in music, which total $190,000. The winners were selected by a committee of Academy members. The awards will be presented at the Academy's annual Ceremonial in May. Candidates for music awards are nominated by the 250 members of the Academy.

Faculty member and alumnus Christopher Theofanidis ’97DMA (pictured at left) will receive the Wladimir and Rhoda Lakond Award. This award of $10,000 is given to a promising mid-career composer.

Reena Esmail ’11MM will receive the Walter Hinrichsen Award for the publication of a work by a gifted composer. This award was established by the C. F. Peters Corporation, music publishers, in 1984.

Chris Rogerson ’12MM is among the six recipients of Charles Ives Scholarships of $7500, which are given to composition students of great promise.

About the Award Recipients

Christopher Theofanidis is on the faculty of Yale University and has taught at the Peabody Conservatory and The Juilliard School. He writes for a variety of musical genres, from orchestral and chamber music to opera and ballet. His work, Rainbow Body, has been programmed by over 120 orchestras internationally. Mr. Theofanidis’ works have been performed by the New York Philharmonic, the London Symphony, the Philadelphia Orchestra, and the Orpheus Chamber Orchestra, and he has a long-standing relationship with the Atlanta Symphony. Mr. Theofanidis has written widely for the stage, from a work for the American Ballet Theatre, to multiple dramatic pieces, including The Refuge for the Houston Grand Opera and Heart of a Soldier for the San Francisco Opera. His large-scale piece, The Here and Now, was nominated for a Grammy award in 2007. 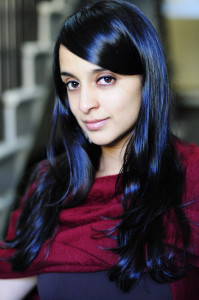 Indian-American composer Reena Esmail received her training at the Juilliard School ('05BM) and Yale School of Music ('11mm), and has studied with teachers including Susan Botti, Aaron Jay Kernis, and Chris Theofanidis. She is currently on a yearlong Fulbright grant to India to study Hindustani classical music with Gaurav Mazumdar in Delhi. Esmail was awarded an “INK” Innovation and Knowledge Fellowship this past December, and has been invited to speak about her work at events in Jaipur, Chennai, Delhi, and on national radio and television in India. She will be returning to the US to start her doctoral degree at Yale in the fall of 2012. 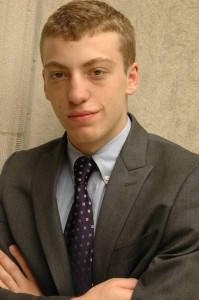 Chris Rogerson’s music has been praised for its “virtuosic exuberance” and “haunting beauty” (New York Times). Ensembles such as the New World Symphony, Buffalo Philharmonic, Grand Rapids Symphony, and the New York Youth Symphony have performed his work at venues including Carnegie Hall, the Kennedy Center, and the Library of Congress. He has won awards and fellowships from ASCAP, the MacDowell Colony, the Aspen Music Festival, and the Presser Foundation. Rogerson is Composer-in-Residence with Young Concert Artists and attended the Curtis Institute of Music and Yale University, where he studied with Jennifer Higdon, Aaron Jay Kernis, and Martin Bresnick.